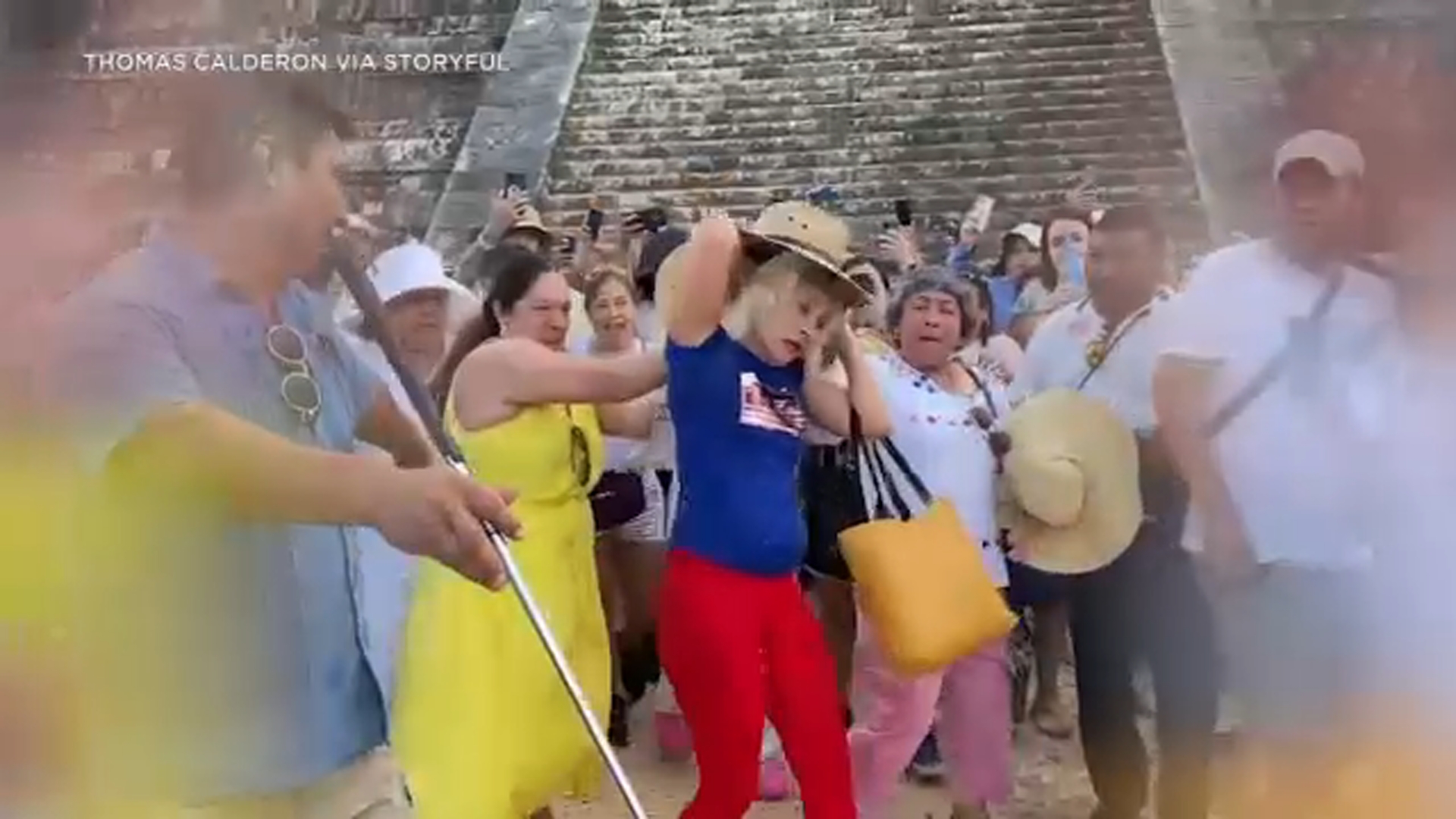 People can be heard shouting “idiot” and other insults in Spanish as they doused the tourist in water.

This was at an ancient Mayan archaeological site known as El Castillo.

The pyramid is a protected monument, and climbing it has been forbidden since 2008.

For some reason the woman climbed it anyway.

When she got down, she was greeted with boos.

According to local news outlets, she was also detained by police who took her in for questioning.