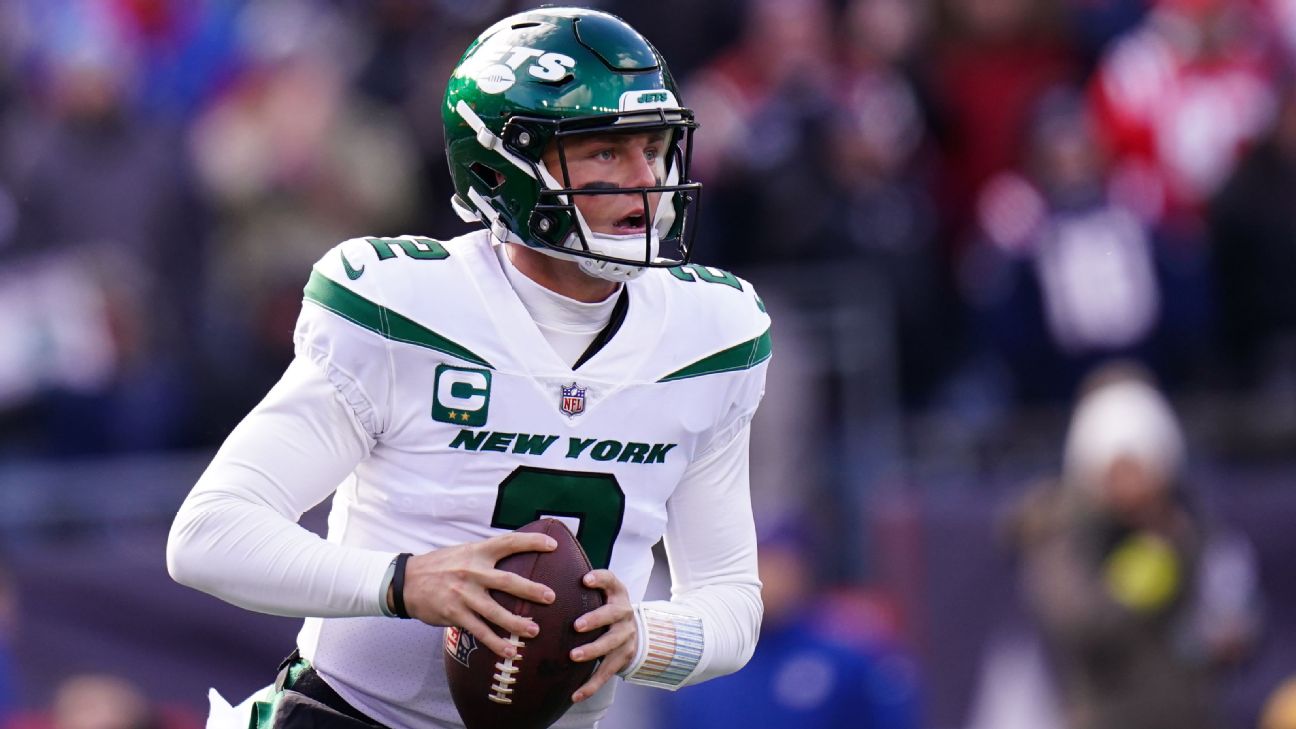 Embattled New York Jets quarterback Zach Wilson, hailed only a year ago as a franchise savior, is going to the bench in a dramatic shake-up.

Coach Robert Saleh made the bombshell announcement in a late-morning team meeting, later confirming to reporters that Mike White will start Sunday against the Chicago Bears at MetLife Stadium. Joe Flacco will be the No. 2 quarterback; Wilson will be inactive.

It’s significant pivot for an organization that had geared almost everything around Wilson since drafting him second overall in 2021. It raises questions about the future of their quarterback position, a proposition the Jets never thought they’d have to confront so soon.

Saleh said they hope to play Wilson again this season.

“Zach’s career here is not over,” Saleh said. “I know that’s going to be the narrative and I know that’s what everybody wants to shout out, but that’s not even close to the case. The full intent is to make sure Zach gets back on the football field this season. When that is, I’ll make that decision. I’ll take it day-to-day.”

That, of course, opens the door to a potential quarterback controversy if White is successful. Saleh, trying to create a positive spin on Wilson, said “the young man needs a reset.

“There are some basic fundamental things have gotten really out of whack for him,” Saleh said. “This is just an opportunity for him to sit back, focus on those things and find a way to reconnect with all the different things we fell in love with during the draft process. It’s something I feel like he’ll be able to do.”

The Jets (6-4), hoping to end an 11-year playoff drought, have shifted into a win-now mode. They believe their defense is championship caliber and don’t want to waste this opportunity because of erratic quarterback play.

Wilson passed for a career-low 77 yards in Sunday’s loss to the New England Patriots and created a firestorm by refusing to take any blame for the offense’s dismal showing.Saleh wasn’t happy with the comments but insisted that didn’t factor into the decision to bench Wilson.

On Monday, Saleh met with Wilson and told him he was evaluating the quarterback position, later telling reporters the same thing. The non-endorsement was significant because it marked the first time Wilson’s job security was called into question by the team.

Wilson addressed the team, according to Saleh. He declined to divulge specifics, but it was presumably about his postgame comments.

The Jets are 5-2 since Wilson’s return from knee surgery in August. Both losses were to the New England Patriots.

But the Jets are winning with defense, not with the passing attack. Wilson has only four touchdown passes and has exceeded 210 yards in only two of his seven starts.

Publicly, Saleh remained supportive, saying after the Oct. 20 loss to the Patriots that he would stick with Wilson for the remainder of the season. That came after a three-interception nightmare.

Everything changed Sunday, when Wilson was inept as he directed one of the worst offensive performances in team history. The Jets managed only 103 total yards, which Saleh called “unacceptable.”

White is hardly a sure thing; he has only three career starts.

With Wilson nursing a knee injury last season, White achieved near-cult-hero status in his first career start, throwing for 405 yards and three touchdowns in an upset of the Cincinnati Bengals. The 2018Dallas Cowboys draft pick got two more starts: an incomplete game against the Indianapolis Colts (he left with an injury) and a four-interception clunker against the Buffalo Bills.

White began this season as the No. 3 quarterback, behind Wilson and Flacco. The team changed the depth chart in Week 8, promoting White to QB2 — a switch that left some around the team scratching their heads. Saleh said it was to “allow him the opportunity to prepare as if he is the next man up.”

And now he is.