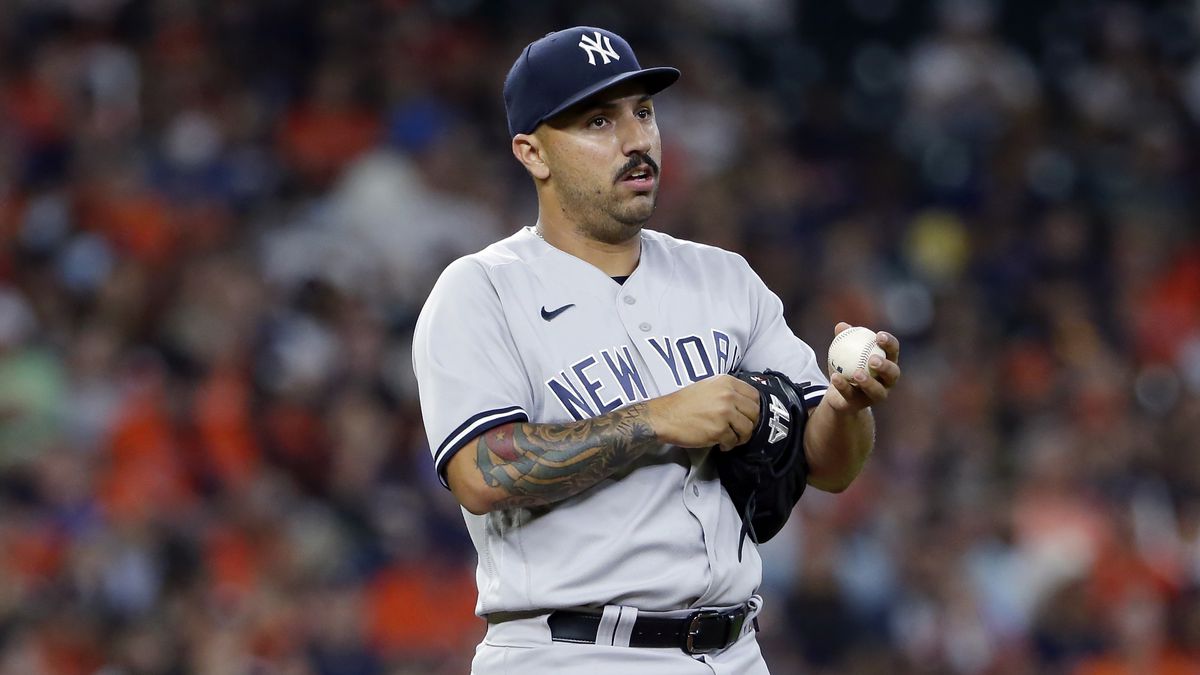 The Yankees wanted to get off to a fast start in the second half of the season. Instead, their Thursday night game against the Red Sox was postponed and the Yankees organization and MLB were working through a potential nightmare scenario stemming from Tuesday night’s All-Star Game. The Yankees had three confirmed positive COVID-19 tests and said they had three tests pending — one of which was confirmed to be from All-Star Aaron Judge, according by multiple sources.

Red Sox All-Star third baseman Rafael Devers told ESPN that the team’s All-Stars were undergoing extra testing and told to social distance as part of contact tracing. Red Sox manager Alex Cora told reporters he was concerned because not all his players at Tuesday night’s All-Star Game were vaccinated.

The Yankees said the three confirmed cases — Jonathan Loaisiga, Nestor Cortes and Wandy Peralta — were breakthrough cases, meaning they were fully vaccinated. The three pending cases, however, included one that was not.

Brian Cashman and Aaron Boone declined to name the players who were waiting for the more precise lab-based test results after repeated positives on the rapid tests. Kyle Higashioka and Gio Urshela were reported to be the other two players awaiting results, per ESPN. Urshela had COVID-19 over the winter and missed a game earlier this season because of side effects from the vaccine.

”We’re in a very fluid situation right now, where the vaccines that we encourage everybody to get guaranteed not getting hospitalized and not getting death coming from COVID, which is important, but it doesn’t prevent you from contracting COVID,” Cashman said. “It just obviously protects us from the severe, worst case scenario effects from COVID. So, we’re thankful that we were vaccinated, in most cases, not all cases, but in most cases. So therefore, we’re ultimately protected.”

”The decision to play or not play rests in these circumstances with the commissioner’s office,” the Yankees GM said. “So that decision was made with a lot of careful thought, with safety and health involved for all parties, both teams as well as anybody else that could be within the vicinity here. So tomorrow’s game’s decision would be something that, again, would be directed by Major League Baseball and the commissioner himself.”

The number of positive tests among players — not coaches or support personnel — is the reason they decided to postpone, according to sources. They were also concerned about the few un-vaccinated players on both teams.

Loaisiga tested positive in Houston and did not return with the team. Boone said that the three named players all tested positive before Thursday. The initial positive tests triggered more frequent testing among the Yankees, who had been able to forgo it because they had reached the 85% vaccination threshold.

The Yankees have been at that rate, which MLB deemed the threshold for teams to loosen their COVID-19 protocols. Thursday afternoon, however, team personnel on the field were back to wearing masks.

While the majority of the Yankees traveling party is vaccinated, they have a handful of players who have declined to get a COVID-19 vaccine.

”I also still feel that that’s a deeply personal decision,” Boone said of the Yankees who have not been vaccinated. “I have people in my life that have made decisions in both ways. And, ultimately, I respect that. I’ve chosen to get vaccinated. I’ve encouraged those too.”

The Yankees have already dealt with an outbreak this season — all breakthrough cases. In May, the Yankees had nine members of the traveling party test positive for COVID-19. Gleyber Torres, whose test Boone said Thursday was ultimately a false positive, was the only player affected in May. Third base coach Phil Nevin was out a month as the virus led to a staph infection in his blood. There were three coaches total affected in the spring.

The Yankees played their games with the Rays and Orioles during that outbreak, however. One source said that the difference was not just the number of players testing positive, but also because an un-vaccinated player was potentially at risk.

”I guess the last year and a half has kind of, in some ways, kind of prepared you for this kind of stuff,” Boone said. “Certainly disappointing and frustrating and I don’t want to be sitting here talking about this, and desperately want us to go back to normal as soon as possible. But that’s out of our control, too.