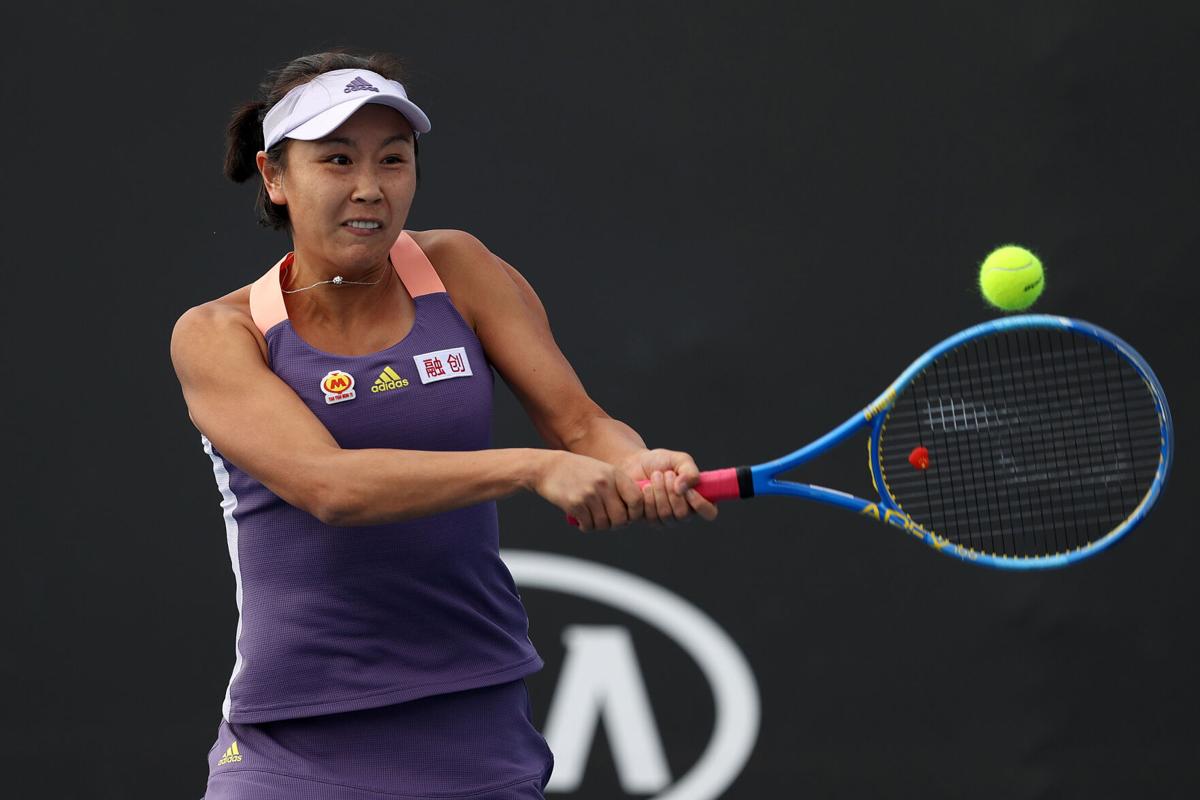 The Women’s Tennis Association has suspended all of its tournaments in China because the country has refused to investigate sexual assault allegations made by former WTA player Peng Shuai against an ex-Communist Party official.

Peng, 35, said former high-ranking official Zhang Gaoli, 75, forced her to have sex with him in 2018. Gaoli had retired from the party earlier in the year.

After Peng posted her story online Nov. 2, it was scrubbed from the internet in China within an hour and she was not seen publicly for weeks.

“I don’t see how I can ask our athletes to compete (in China) when Peng Shuai is not allowed to communicate freely and has seemingly been pressured to contradict her allegation of sexual assault,” WTA chair and CEO Steve Simon said Wednesday in a statement.

It’s no small move for the WTA, which held 10 tournaments in China in 2019 and heavily promoted itself in the country.

Two weeks after Peng reported the assault, Simon threatened to pull WTA events from China unless the country conducted a “full, fair and transparent” investigation into the reported attack by Zhang.

In her post, Peng said she had a consensual relationship with Zhang for several years but it ended in 2011. The two reunited for a single day in 2018, and that day Zhang took Peng back to his house in Beijing and forced her to have sex with him, she wrote on Weibo, China’s version of Twitter.

“I never consented that afternoon, crying all the time,” she wrote. “Even if I’m an egg throwing myself at a rock, even if I’m a moth flying at a flame, courting my own destruction, I will still speak the truth of us.”

Bach described Peng as “relaxed” during the chat, but the IOC has been roundly criticized and called a pawn of China for the call. The 2022 Winter Olympics are scheduled to begin in Beijing in February.

“While we now know where Peng is, I have serious doubts that she is free, safe and not subject to censorship, coercion and intimidation,” Simon said Wednesday.

“Given the current state of affairs, I am also greatly concerned about the risks that all of our players and staff could face if we were to hold events in China in 2022.”