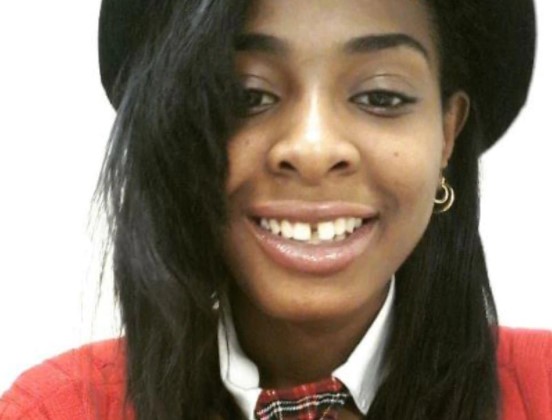 She ranted about curing diseases, confessed her failures as a mother and proclaimed her immunity from prosecution.

Staten Island home health worker Rene Ayarde, accused this week of savagely beating to death the 80-year-old patient she lived with, unleashed a series of unhinged harangues when taken into custody last July for assaulting her 3-year-old daughter on a Lower East Side street.

The dead man’s corpse bore scribbled messages apparently written by his slayer: “I touch little girls” written on his chest and “I touch” scrawled across one of his feet.

Court papers in the homicide case provided a disturbing look into the 29-year-old suspect’s twisted mind.

“Use your blood, sweat, tears to round up God-fearing people,” Ayarde told cops inside the Fifth Precinct stationhouse after her arrest. “I redeem myself. If the judge don’t have her position for life, she’s not a real judge. She’s just an auditor.

“God, please God, I know I’m supposed to do something here … All these devil worshipers just watching me do your job. Do the devil’s work. Don’t watch me. Been up four days.”

Ayarde was extradited Monday from New Jersey to face charges of murder, manslaughter and assault in the July 19 slaying of elderly and infirm victim Robert Raynor. A Staten Island judge ordering Ayarde held without bail.

Authorities said the horribly battered victim was dragged out of his first-floor apartment and dumped in the hallway.

All but of two of Raynor’s ribs were broken, his nose and sternum were fractured, and the victim suffered severe trauma to his head and torso during a beating in the middle of the night, a Staten Island prosecutor alleged.

According to police, the cancer-stricken Raynor was never accused of any sexual offense and did not appear on the federal or New York state sex offender registry. Ayarde’s mother was once best friends with the elderly man’s ex-wife, according to a relative of Raynor.

Ayarde was arrested for assaulting her daughter just hours after Raynor’s body was discovered. Her rambling remarks after that arrest for dropping and dragging her daughter along a Lower East Side sidewalk were fully revealed this week in court papers related to the homicide case.

“You got a strange man holding my child,” she told cops. “When I found out another man was touching her two days ago — that’s my daughter. That’s my child. That’s my f—ing daughter.”

She insisted a man, apparently Raynor, made her little girl play with “slime,” an apparent reference to semen.

“This man has been doing this for two years,” she insisted. “He’s the devil. I was unjustly arrested. I don’t recognize your authority. … Somebody been touching my daughter for two years. Probably smiling somewhere. Laying in some crackhead woman’s bed. I don’t understand. I’m in pain.”

The victim’s daughter said earlier this year that her father lived with Ayarde for several years due to the elderly man’s health problems and denounced the now-accused killer for making the accusations.

“He would not touch a child,” an outraged Carolyn Whetstone said of her dad. “He would never violate anyone. … That’s not him, That’s not true.”

Ayarde expressed remorse over the way things turned out after her earlier arrest for abusing her little girl.

“I’m not alright, I already failed as a mother,” she declared to cops at one point. “What am I supposed to do with my life? … I proudly, wholeheartedly repent for my sins, and give myself to my Lord and savior and creator.”