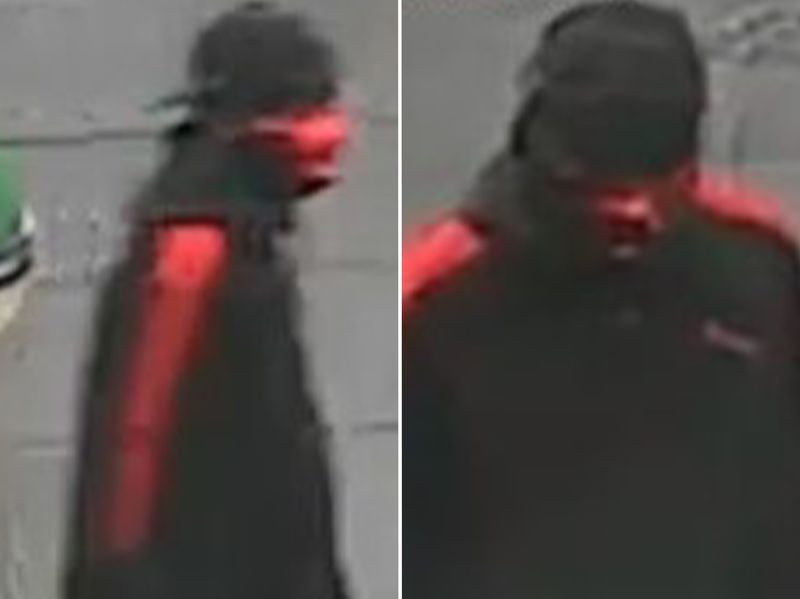 A woman riding a Brooklyn subway train became the victim of shocking sex abuse when a stranger ejaculated onto her jacket, cops said Tuesday.

The 31-year-old straphanger was on a No. 2 train when she was approached by the sicko just after 4:30 p.m. Feb. 9, authorities said.

As they neared the Flatbush Ave. station, the creep befouled her coat. When the doors opened he fled the train, cops said.

Surveillance images released by police show the suspect wearing a red mask over his nose and mouth, a black cap and a black jacket with red stripes down the sleeves. Cops are asking the public’s help identifying him and tracking him down.