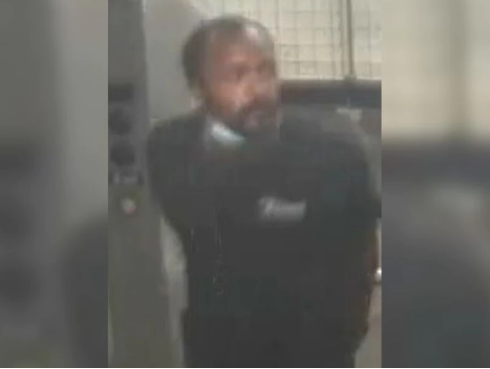 A 68-year-old woman was kicked onto the tracks of a Manhattan train and robbed of her cellphone, police said.

Cops on Thursday released photos and video of the heartless crook running from the L train station at Sixth Ave. and W. 14th St. earlier this week.

The woman was standing on the westbound platform around 2:10 p.m. on Monday when the stranger came up and shoved her, then kicked her so hard she rolled onto the empty tracks and broke two ribs.

The victim dropped her phone which the suspect grabbed before running off. There was no train entering the station at the time.

A good Samaritan helped the woman get back onto the platform. Medics took her to Bellevue Hospital, where she was in serious but stable condition, police said.

Police described the suspect as having a dark complexion, between 40 and 50 years old. He was last seen wearing all-dark clothing.