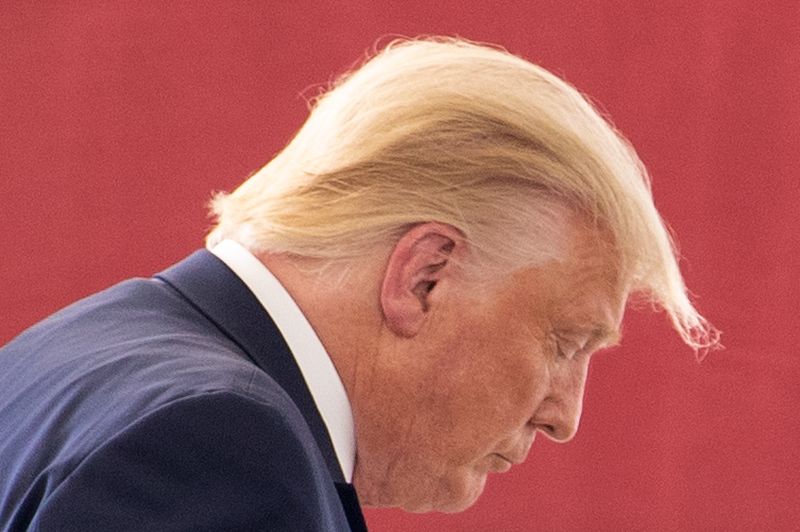 For the first time, President Trump Thursday asked about postponing the presidential election, even though such a move would violate the constitution.

In a Twitter rant about voting by mail amid the coronavirus pandemic, Trump suggested moving back the Election Day, November 3.

“Delay the Election until people can properly, securely and safely vote???” Trump asked.

The dates of federal elections are set by Congress, not the executive branch, and the Constitution does not allow a delay to the Jan. 20, 2021 presidential inauguration.

Contrary to Trump’s claims, voter fraud is extremely rare and there is no evidence that voting by mail is more susceptible to problems than voting in person.

His tweet came on a day of bad economic news — the government reported that U.S. economy shrank at a dizzying 32.9% annual rate in the April-June quarter, by far the worst quarterly plunge ever, as the coronavirus outbreak shut down businesses, threw tens of millions out of work and sent unemployment surging to 14.7%.

Trailing in public and private polls, Trump refused in an interview just weeks ago with Fox News to commit to accept the results of the upcoming White House election, recalling a similar threat he made weeks before the 2016 vote.

Last month, Trump told supporters in Arizona that “This will be, in my opinion, the most corrupt election in the history of our country.”

Just months ago, in April, Trump had ruled out the prospect of trying to change the election. “I never even thought of changing the date of the election,” he said. “Why would I do that? November 3rd. It’s a good number. No, I look forward to that election.”