Jeffrey Epstein to Ghislaine Maxwell: ‘You have done nothing wrong … go outside, head high’ 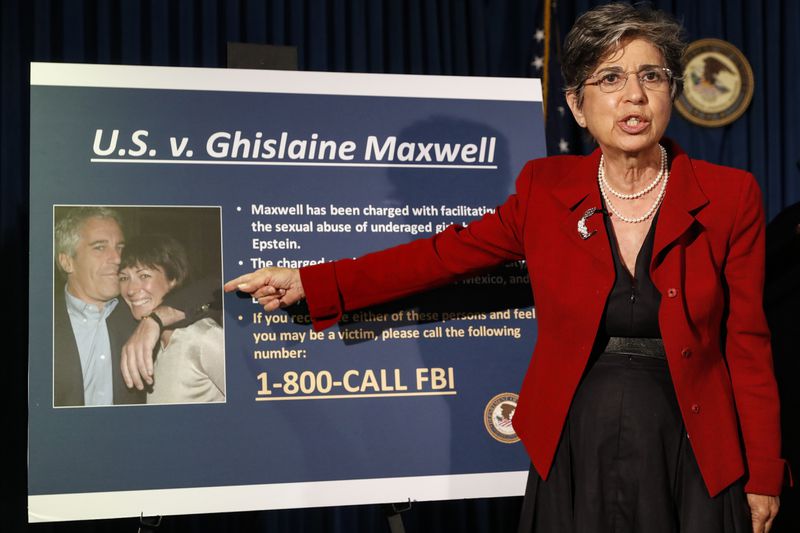 They were accused of running a sex trafficking scheme involving underage girls — but Jeffrey Epstein told Ghislaine Maxwell she had nothing to worry about.

“You have done nothing wrong and I would urge you to start acting like it,” Epstein wrote Maxwell in Jan. 2015, as more allegations about Epstein’s depraved activities were becoming public.

“Go outside, head high, not as an escaping convict. Go to parties, deal with it.”

Epstein — a notorious name dropper — wrote in the email that he’d just spoken to a Swedish diplomat, Lisa Svensson, who was assigned to advocate ocean-related issues.

“She said no one on her ocean panel takes this stuff seriously and you would be welcome to the ocean conference water conference etc,” Epstein wrote.

The correspondence was disclosed in a trove of documents unsealed late Thursday over Maxwell’s ardent objections.

The British socialite was indicted earlier this month for perjury and enticing underage girl for Epstein’s sexual abuse in the mid-1990s. She’s pleaded not guilty.

The email exchange shows Maxwell, 58, in damage control mode as she fought allegations she served as Epstein’s madam. It also hints at why she continued to openly attend high society gatherings when others in a similar situation might have stepped away from the public eye.

“I would appreciate it if shelley would come out and say she was your g’friend — I think she was from end 99 to 2002,” Maxwell wrote Epstein.

Shelley’s identity was not immediately clear.

The trove of 47 new documents came from a defamation lawsuit filed by Epstein accuser Virginia Giuffre against Maxwell in 2015.

Among the newly unsealed papers were graphic descriptions of Maxwell’s body by Giuffre. The Epstein accuser also detailed how she allegedly fell into Epstein’s scheme at the age of 15 after meeting Maxwell at President Trump’s resort Mar-A-Lago.

“Is there anyone else that Ghislaine Maxwell directed you to go have sex with?” Maxwell attorney Laura Menninger asked Giuffre.

“I am definitely sure there is. But can I remember everybody’s name? No,” Giuffre replied.

Maxwell argues she’s wrongly replaced Epstein in the public eye since the multimillionaire sex offender hanged himself last year while in custody for sex trafficking of minors.

Her legal team waged a desperate, last-minute court fight to prevent the release of the papers on the basis that they would harm her right to a fair trial. Two depositions of Maxwell, which include salacious personal details, are set for release on Monday.