Woman drugged boyfriend ‘because he wouldn’t shut the f— up’ 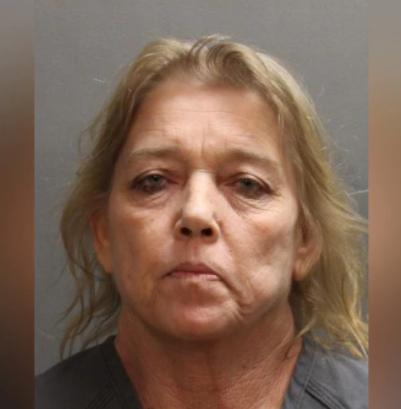 A woman in Florida was arrested and charged for allegedly poisoning her partner of nine years.

According to a police report from the Jacksonville Sheriff’s Office, Alvis Parrish, 54, is accused of giving her boyfriend a drink spiked with quetiapine tablets.

The report shows deputies found a bottle of lemonade with a powdery substance at the bottom inside the home.

Authorities say Parish was sitting on the front porch when they arrived, screaming at the responding officers.

According to WTLV, Parrish told officers she did it because “he wouldn’t shut the f*** up.”

The sheriff’s office told the media outlet she went on to say, “I gave him just enough to shut him up and called y’all, so he wouldn’t die…do whatever you want, but if you don’t take me, I will kill him.”

Deputies said the man was “extremely lethargic” when they got to the house and was unaware of why he was feeling so tired.

The man initially declined medical attention but was later taken to the hospital when deputies found him on the floor saying he didn’t feel well.

According to medlineplus.gov, overdose symptoms of quetiapine tablets include drowsiness, dizziness, fainting and a fast heartbeat.

Parish was charged with poisoning food or water with intent to kill or injure a person.