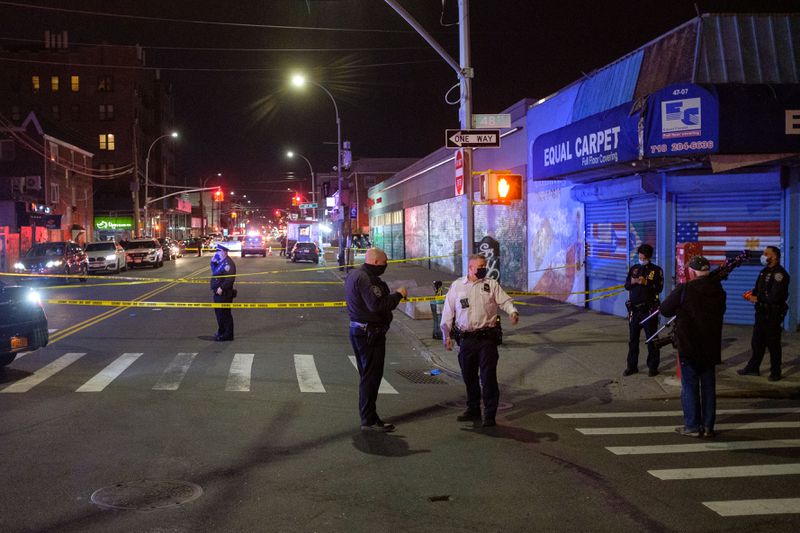 A woman was shot to death near a city Housing Authority project in Queens on Friday night by two men who appeared to be gunning for someone else, police and sources said.

Police received a 911 call just after 8 p.m. for shots fired outside the Woodside Houses in Woodside, sources said.

“There were seven shots and I went down under the counter,” said a witness who was shopping in a nearby deli. “A woman was shot. The blood was running down the sidewalk by the subway vents.”

Police found video surveillance from two nearby delis that showed two men running toward an unidentified man on Broadway near 48th St. and shooting at him, said the sources.

The men shot 37-year-old Gudelia Vallinas in the head before they fled the scene.

When officers arrived at Broadway near 48th St. they discovered Vallinas with one gunshot wound, police said.

Vallinas, who lived near the shooting scene, was rushed to Elmhurst Hospital, but she could not be saved.

There were no immediate arrests or identified suspects.