Woman, 86, fighting for life after being mowed down by motorized scooter in East Harlem 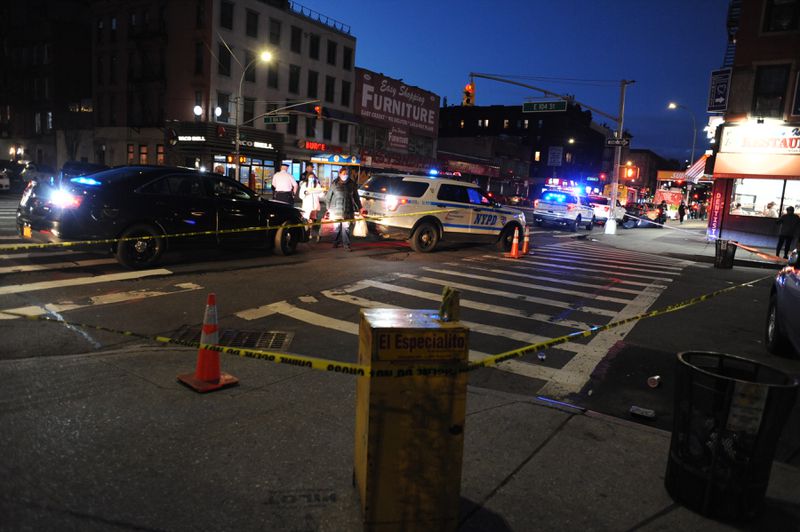 An 86-year-old woman was clinging to life Saturday after another woman riding a motorized scooter rammed into her in an East Harlem crash caught on video.

The elderly woman, wearing a white coat with a hood pulled over her head and carrying a handbag, was crossing E. 104th St. at Third Ave. about 4:15 p.m. Friday when she stepped into the crosswalk.

Surveillance video acquired by reporters shows the woman looking to her right as a handful of cars turn onto E. 104th St. from Third Ave.

She had just stepped into the crosswalk, when the 40-year-old zipping down E. 104th St. scooter from the opposite direction slammed into the senior, knocking her onto the ground.

The scooter rider immediately stopped and tried to render aid with another witness as 911 was called.

“(She) stopped and was checking her but she was not moving,” one witness, who wished not to be named, said about the scooter operator. “It looked like she wasn’t going to make it.

“She was out before she hit the ground,” the witness said.

EMS rushed the senior to Metropolitan Hospital, where she remained in critical condition Saturday.

Cops confirmed that the scooter operator remained at the scene. No charges were immediately filed as police continue to investigate.