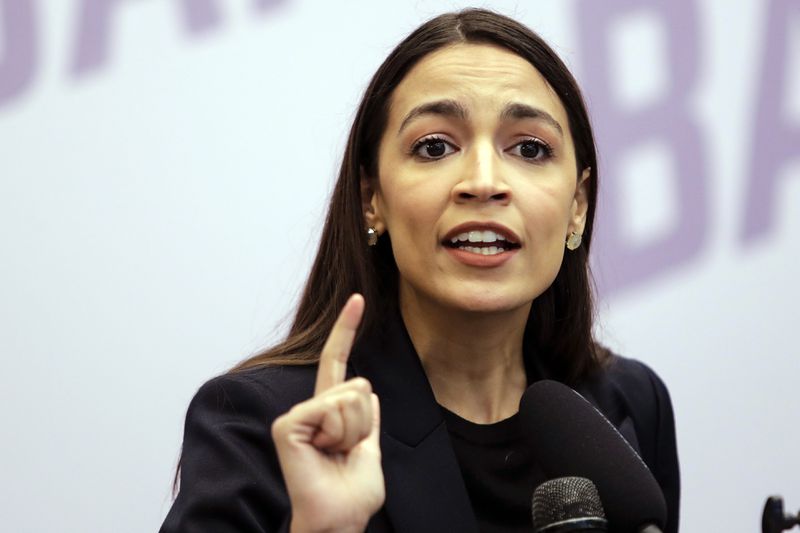 The progressive Democrat, representing parts of Queens and the Bronx, retweeted a report that the unionization forces are leading. The latest margin was 2,050-1,574 of the votes counted so far, the union said in a tweet.

The count was expected to wrap up later Friday.

Amazon workers are fighting for the right to join a union at the Staten Island plant and a separate facility in Bessemer, Alabama.

The union was narrowly trailing in the Alabama vote, which was a rematch of a previous vote that the union complained the e-commerce giant used unfair tactics.

AOC also joined Rep. Carolyn Maloney (D-N.Y.) in a letter to Amazon demanding more information about its worker safety protocols after six workers died when a tornado struck their warehouse in southern Illinois in December.

The letter to CEO Andy Jassy noted that some Amazon workers have said they were threatened with termination if they left work as the storm approached.

“We are concerned by recent reports that Amazon may be putting the health and safety of its workers at risk, including by requiring them to work in dangerous conditions during tornadoes, hurricanes, and other extreme weather,” the lawmakers wrote.

Ocasio-Cortez has long been a thorn in Amazon’s side and led the controversial grassroots effort to fight the company’s plans to build a sprawling second national headquarters in Long Island City, near her Queens district.

The outspoken lawmaker derided the effort as corporate welfare because the city planned to give Amazon billions in tax breaks. She also said the move would worsen gentrification and lead to more displacement of longtime residents.

Some local residents bemoaned the loss of 25,000 good-paying jobs, and politicians said the city would lose billions in tax revenue.

Amazon wound up pulling the plug on the deal and building its East Coast headquarters in northern Virginia.