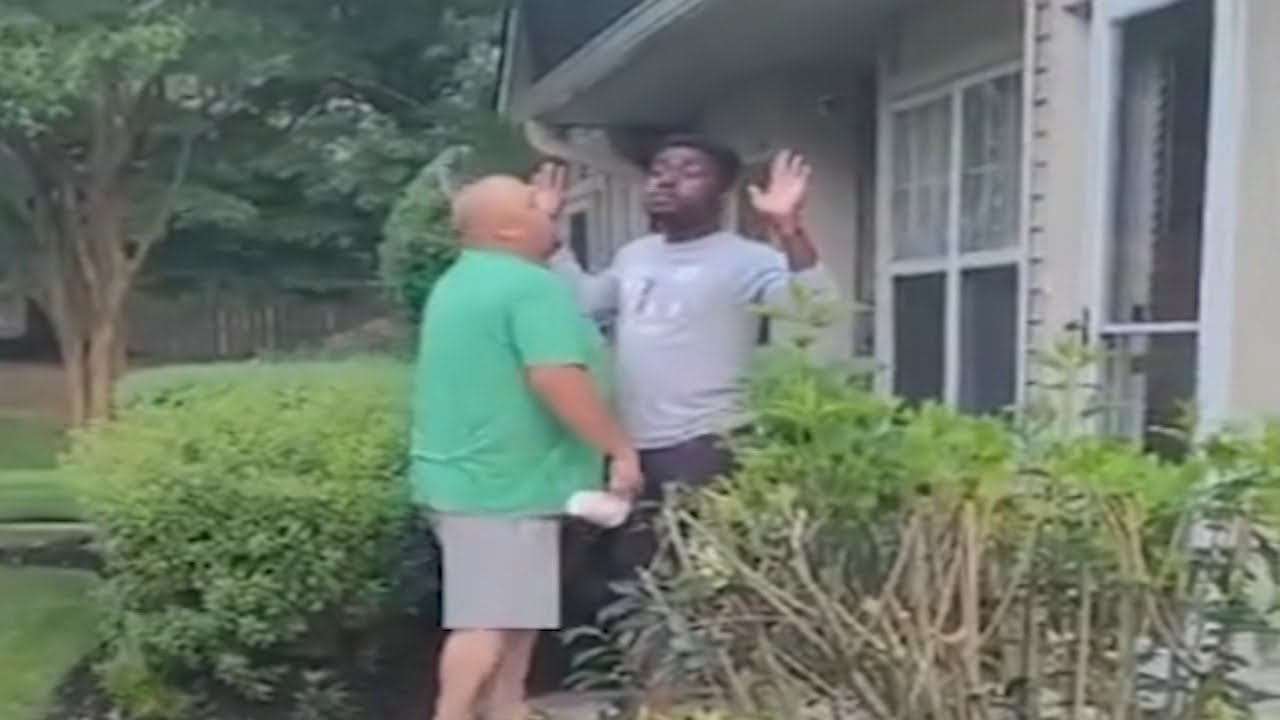 A white man who pushed a Black neighbor while spewing racist slurs in a caught-on-video attack over the weekend was taken into custody Monday after protesters surrounded his New Jersey home to demand his arrest.

Edward Mathews, 45, was hit with water bottles and other objects as officers escorted him to a police cruiser following an hours-long demonstration outside his house, videos captured by local media show. The arrest came three days after a disturbing cellphone video showed the Mount Laurel resident repeatedly using the N-word while attacking his neighbors.

“This is not Africa,” he told a Black neighbor who interceded in a dispute between Mathews and an interracial couple.

“I was born in America, and I don’t give a s–t about you,” the victim replied in a tense confrontation Friday.

Moments earlier, Mathews was seen pushing the man with his chest as he insisted the couple’s property was “common ground” and that he had the right to be there.

The reason for the suspect’s meltdown on his neighbors’ property was not clear, but he told an officer who showed up moments later that the couple had been threatening him.

The cop, who appeared to know the racist man, repeatedly asked Mathews to stop yelling as he tried to investigate the incident.

“Cagney, cut it out, man. Let me talk to them,” the officer said, using the suspect’s middle name.

Mathews then dared the officer to arrest him, shouting ‘f—ing n—–rs” one more time at his neighbors as he walked away.

“Go home. I’ll talk to you in a minute,” the officer calmly said.

Mathews also gave out his address to the person recording the video, seemingly daring protests to show up at his home. On Monday evening, they did just that. Dozens of people gathered outside the suspect’s home for hours to demand justice for their Black neighbors.

In a statement posted online, the Mount Laurel Police Department said the agency had investigated the video and issued a summons charging Mathews with harassment and biased intimidation. But after Monday’s protest, the Burlington County prosecutor announced the suspect would also face assault charges.

In a TV interview before the arrest, Mathews said he had tried to apologize for his behavior.

“There is nothing I’m going to be able to say that’s going to justify me using the words that I used,” he told local news station WPVI. “Whatever I have to do to make it up to the community — and the world at this point, seeing how big it is — understand that I made a mistake, allow me the ability to move forward, just like we all deserve.”