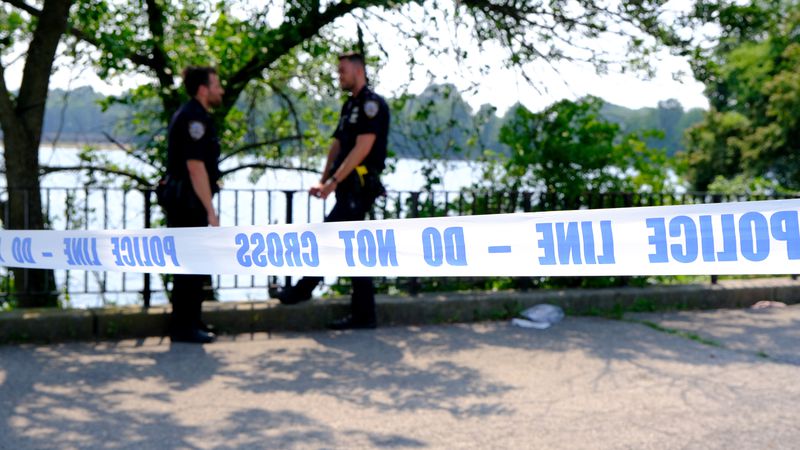 A 9-year-old Brooklyn girl cooling off with friends Tuesday died after falling into a reservoir in Silver Lake Park on Staten Island, authorities said.

Kyemani Mitchellhopped the 3-foot fence around Silver Lake Reservoir with seven other children and an adult family friend, and then walked to the water’s edge, police sources said.

“They were putting their feet in the water,” said a police source. “She slipped and went in.”

Police said a 31-year-old female family friend tried to grab the youngster but also fell into the water. The woman was not injured and called 911, the source said.

The FDNY scuba unit pulled the unresponsive child out and rushed her to Richmond University Medical Center, but she could not be saved, authorities said.

The little girl was clad in a pink bathing suit, sources said. A pair of pink flip-flops remained at the scene as detectives gathered to investigate.

Swimming is not allowed in city reservoirs, authorities said.