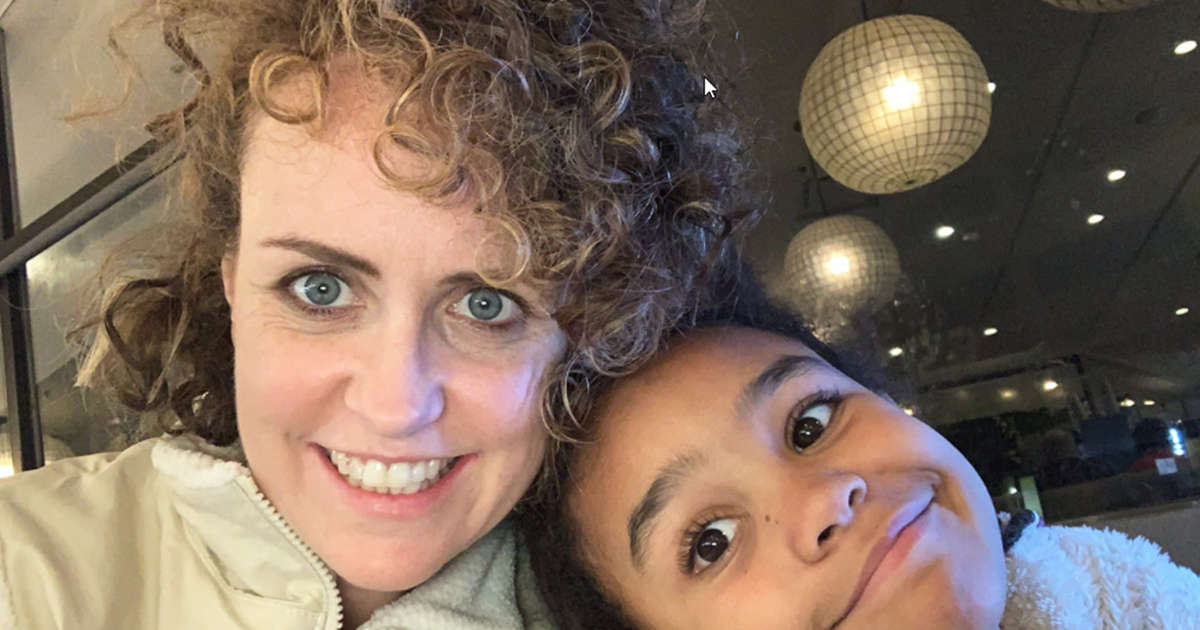 A white mom says Southwest Airlines employees called police on her and her Black daughter because they suspected her of human trafficking.

Mary MacCarthy, 42, was traveling with her 10-year-old daughter Moira on Oct. 22 from Los Angeles to Denver, People magazine reported.

The two were headed to MacCarthy’s brother’s funeral after he died suddenly at age 46, according to People. MacCarthy is a single mom, and her brother helped raise Moira.

Because of the last-second travel arrangements, they were some of the last people to board the plane, MacCarthy told People. She requested that they be able to sit together, and eventually traded seats with other passengers.

But when MacCarthy and her daughter deplaned in Denver, they were met by two armed police officers and a Southwest employee, according to NBC News.

“They said, ‘We’re talking to you because you and your daughter were reported for suspicious behavior,’” MacCarthy told the outlet. “That’s when everything clicked in my brain. I’ve been a mother to a biracial child for 10 years, I’m aware of racial profiling.”

After about three minutes, the cops let MacCarthy and Moira go, but not before they’d left the 10-year-old traumatized and in tears. MacCarthy also recorded the incident and hired an attorney.

Ten days after the flight, Denver police called MacCarthy to follow up on “suspicion of human trafficking,” she wrote in a tweet. The case is now listed as “unfounded,” Denver CBS affiliate KCNC reported.

MacCarthy says she wants an apology from Southwest and will also sue the airline, according to NBC News. Southwest said it would apologize to MacCarthy for her experience.