Where coronavirus cases are rising in the United States 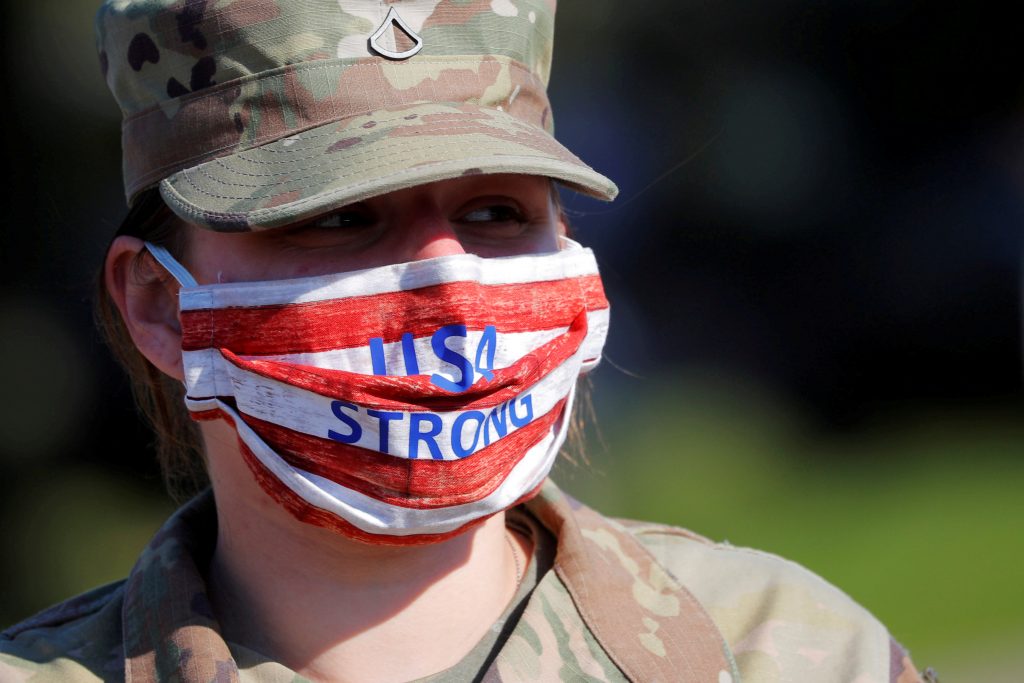 Nearly all 50 U.S. states have begun to allow some businesses to reopen and residents to move more freely, but only 14 states have met the federal government’s guidelines for lifting measures aimed at fighting the pandemic, according to a Reuters analysis.

The Centers for Disease Control and Prevention (CDC) has recommended states wait until their daily number of new COVID-19 cases falls for 14 days before easing social distancing restrictions.

Florida, Hawaii, Idaho, Louisiana, Michigan, Montana, Nevada, New York and Pennsylvania have reported four to five weeks of declines in new cases, according to a Reuters analysis of data from the COVID Tracking Project, a volunteer-run effort to track the outbreak.

(Open https://tmsnrt.rs/2WTOZDR in an external browser for a Reuters interactive)

When asked by Reuters for comment, the CDC referred questions to the White House coronavirus task force. A White House representative did not respond to questions about how many states have met the CDC guidelines to reopen. White House officials have been saying for weeks that they believe there are many states that can safely reopen.

“There is a real risk that you will trigger an outbreak that you may not be able to control and, in fact, paradoxically, will set you back, not only leading to some suffering and death that could be avoided, but could even set you back on the road to try to get economic recovery,” Fauci told Congress.

Nationally, new cases of COVID-19, caused by the new coronavirus SARS-CoV-2, are down 11% in the last week, according to the Reuters analysis. However, hot spots are emerging in some southern and western states, while the Northeast has seen new infections plunge.

Nineteen of the states with at least 5,000 reported cases of COVID-19 are seeing infections rise, Reuters found.

Many state governors, concerned about the economic fallout from prolonged lockdowns, have said they would lift restrictions carefully and gradually, requiring businesses to maintain physical distance from customers and clean surfaces frequently.

Kentucky had the largest surge in new cases in the nation with a 60% rise in the first week of May, due to widespread testing at a prison that revealed an outbreak. Alabama’s new cases rose 41% even before retail stores, bars and salons reopened. In Mississippi, where diners are allowed inside restaurants, infections were up 19%.

Minnesota had the second-highest increase in new cases, up over 50% in early May, in part due to expanded testing of anyone with symptoms. Previously only a limited number of ill patients could get a test.

Washington state grappled with a devastating outbreak at a nursing home early in the U.S. epidemic but got new infections under control. In the past week, new cases have risen nearly 13%, even as only a few counties have allowed restaurants and other businesses to reopen.

New cases in California, which has maintained fairly strict lockdown measures, rose 14% in the last week. In Arizona, new infections rose over 17%.

Analysts looking at cell phone data have reported an increase of movement around the country, even in states that have yet to reopen.

WHERE NEW CASES ARE DECLINING

The main reason that new cases are down nationally is due to 33% declines in both New York and New Jersey — the epicenter of the outbreak — in the past week.

New York does not plan to lift any restrictions until at least May 15, while New Jersey has opened only outdoor recreation, such as state and county parks and golf courses.

Cases in nearby Massachusetts, which remains mostly under lockdown, have fallen 26% and cases are down 12% in Rhode Island, where retail stores can reopen with limits on the number of customers.

Tennessee, one of the first states to reopen restaurants and retail stores, has seen the biggest drop in new cases in the nation, down nearly 49%. Michigan, which remains mostly closed except for manufacturing and auto plants, saw new cases drop 43%.