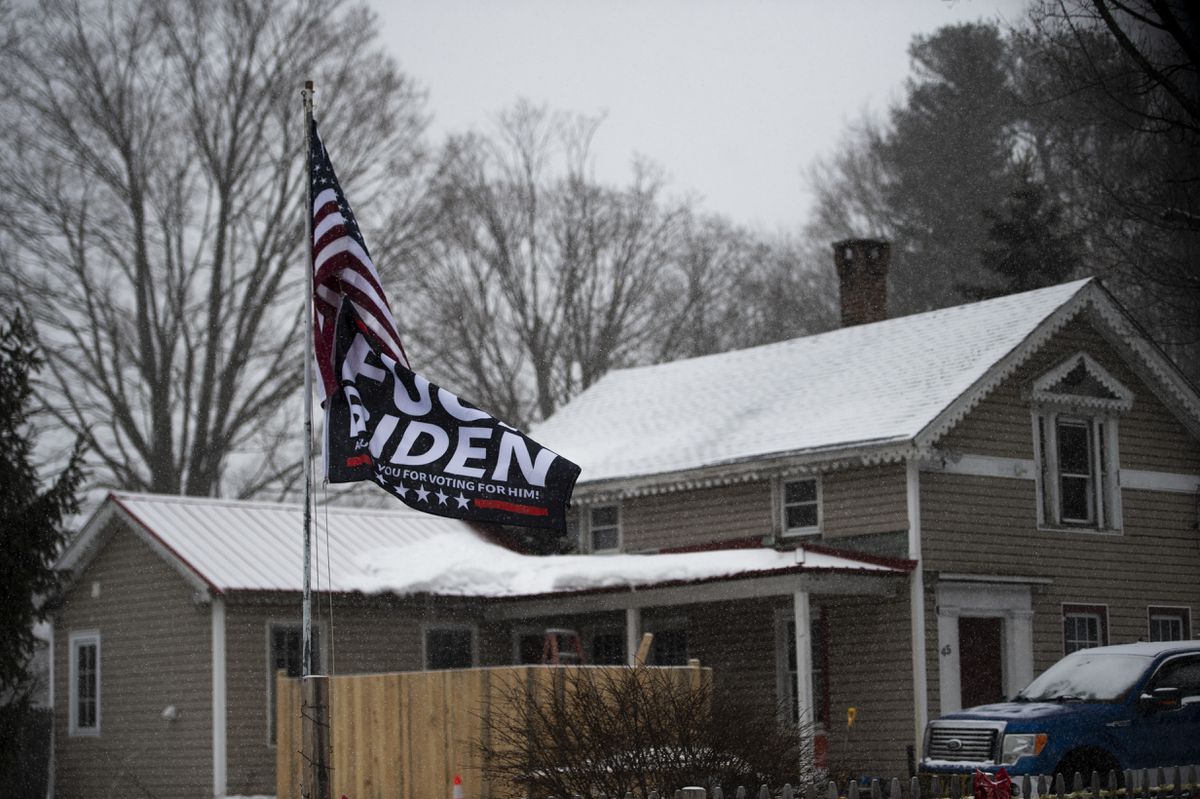 Vulgar banners opposing the Joe Biden presidency have been spotted above a pair of homes in the Plymouth Conn., village of Terryville, which has some neighbors upset their community is being subject to such colorful political expressions.

The red, white and blue flags read “F–k Biden and F–k you for Voting for Him” and they’re located a half-mile from one another, according to the Hartford Courant.

One of the Terryville residents flying an anti-Biden banner reportedly still believes there was widespread election fraud despite a complete lack of evidence that any such thing is true.

“I think it’s funny,” that resident said of his anti-Biden flag. He didn’t want to give his name.

His flag-flying neighbor, Michael Stoto, had no shame in speaking out against the president and Terryville residents who supported him.

“I hate Biden,” said Stoto, who said he bought his flag on Amazon for $9. “I think he’s an ignorant fool.”

Stoto doesn’t have much more regard for neighborhood kids who see his R-rated statements.

“It’s not anything they haven’t seen or heard before,” he said.

According to Stoto, his flags are providing a service by “(ticking) people off and opening their eyes.”

Plymouth police Capt. Edward Benecchi told the Courant that neighbors have complained, but there’s no law prohibiting property owners from flying foul flags in their front yards. Locals concerns include schoolkids on buses having to see the banners blowing.

He also said it’s his department’s obligation to protect resident’s who fly anti-Biden banners, just the way his officers defended the those who protested against police brutality over the summer with similar signage.

“We stood with them to uphold their First Amendment rights and protect them from counterprotesters,” Benecchi told the Courant.

The flags being flown by Stoto and his unidentified neighbor aren’t limited to Terryville, where Trump saw strong support from locals in a state that votes Democratic.

American Civil Liberties Union of Connecticut director Dan Barrett said the First Amendment allows people like Stoto to share their opinions on politics “however crass” their expressions may be.