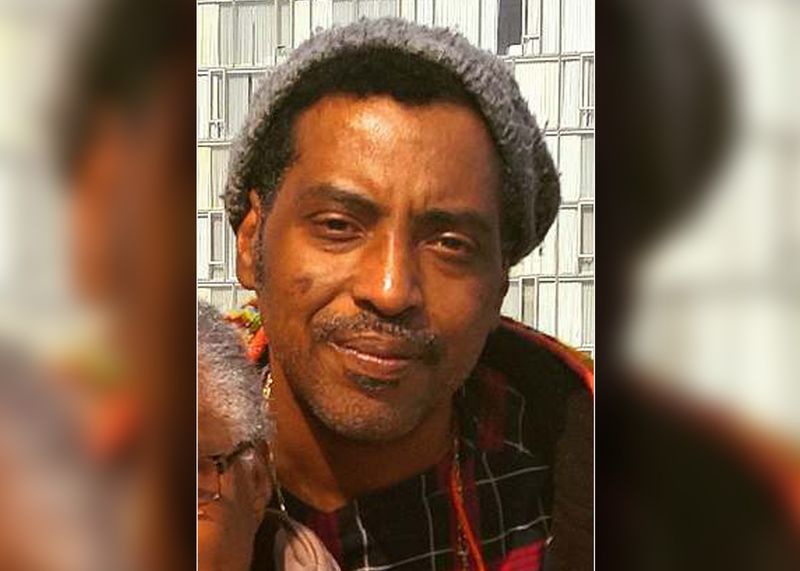 A baseball bat-wielding Brooklyn man was behind bars Friday after beating a local artist unconscious as bystanders watched in horror, authorities said.

Suspect Ashanti Robinson, arrested in the Wednesday attack where the helpless victim was slugged six times with the bat, was held without bail on charges of attempted murder, assault and criminal possession of a weapon following a Thursday night court hearing.

Court papers said bicyclist Pierre Francillon, 54, was unconscious and placed on a “breathing apparatus” at Kings County Hospital, where he was listed in critical condition. The victim, a friend of the late artist Jean-Michel Basquiat, was also a painter involved in a 2017 local public arts program to help Brooklyn kids learn the alphabet.

Social media video of the assault shows Robinson, 46, slamming the victim repeatedly after Francillon was knocked to the ground in Prospect Lefferts Gardens. Robinson, after initially storming away, returns twice to scream at the bleeding bicyclist.

The suspect was busted when nearby police officers spotted the crowd around the victim and walked over, with eyewitnesses identifying Robinson as the attacker and cops quickly arresting the suspect.

A neighborhood resident described Francillon as a sketchy character who was possibly targeted in retaliation for some misdeed.

“He’s not a saint,” the neighbor said, declining to share his name out of fear. “So something occurred … Not saying he deserves that to happen, but still. He’s a thief. He’s a good guy, but he’s a thief.”

The local resident said Francillon — in addition to his project where he painted all 26 letters of the alphabet in murals around the borough — would bring his paintings to Manhattan for sale. But he wondered if the victim, who had just a single 1994 arrest for theft of service, had somehow provoked the brutal beating.

“I believe he was doing something and he got caught,” said the resident. “Because nobody’s going to just bust your head open. He ain’t rich, so nobody be robbing him for no money.”

The defendant Robinson had a prior arrest in May 2014 when he was spotted walking along Flatbush Ave. with a pair of 15-inch swords dangling from his belt, five blocks away from Wednesday’s attack.