VP Harris compares Jan. 6 to Pearl Harbor and Sept. 11 in speech on anniversary of attack on Capitol 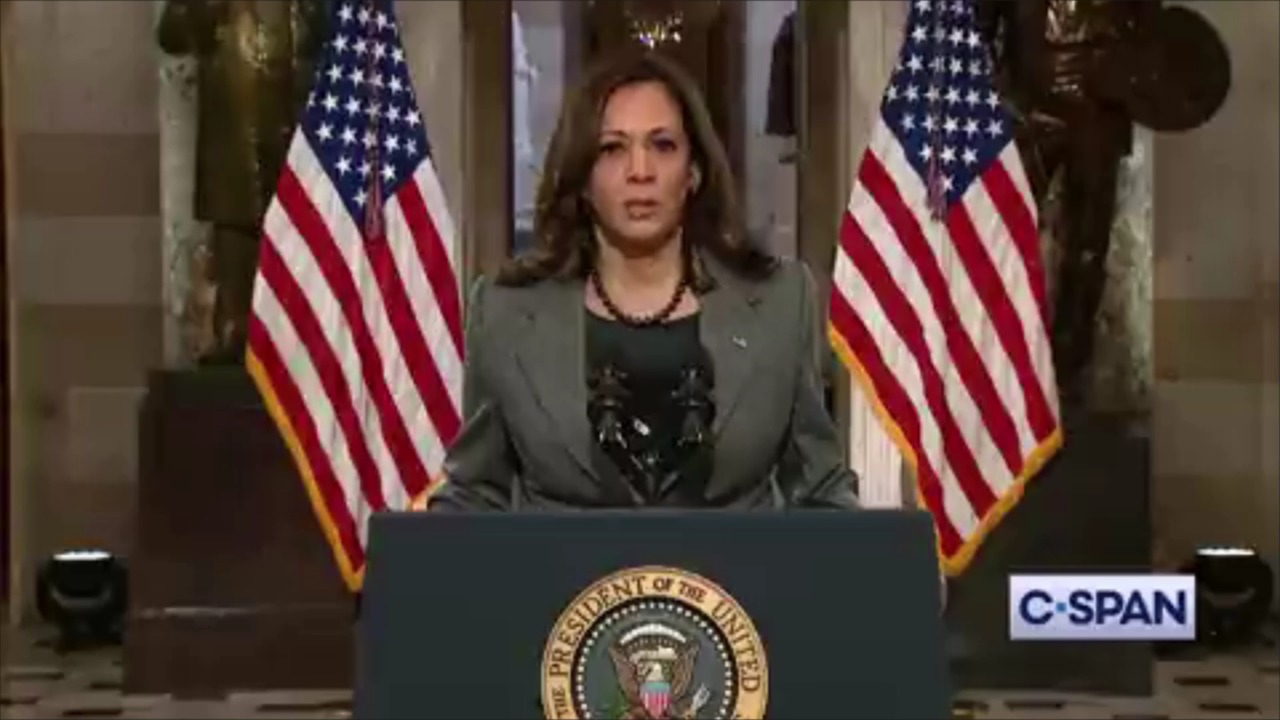 Vice President Kamala Harris compared Jan. 6 to Pearl Harbor and the Sept. 11 terror attacks in a speech marking the first anniversary of the storming of the Capitol

Speaking alongside President Biden on the first anniversary of the Capitol attack on Thursday Harris warned Americans not to forget where they were or what they were doing when thousands of violent extremists attacked the citadel of American democracy.

Harris, who was still serving as a senator on Jan. 6, recalled fearing for the lives of her colleagues and staff as the rioters marauded through the Capitol seeking to prevent the certification of her and Biden’s victory in the 2020 election.

She said her aides used file cabinets to barricade themselves inside offices as violent supporters of former President Trump hunted down opponents.

“The extremists who roamed these halls targeted was not only elected officials,” she said. “What they sought to degrade and destroy was not only a building, hallowed though it may be.”

The nation’s first Black vice president reminded the nation that Jan. 6 was also an attempt to turn back the clock on decades of progress forged by civil rights and other social justice movements.

“What they were assaulting were the institutions, the values, the ideals that generations of Americans have marched, picketed and shed blood to defend,” Harris said.

Harris echoed Biden’s call for Congress to pass new voting rights protections in response to the Jan. 6, which was inspired by Trump’s big lie that the election was stolen from him.

The two Democratic leaders appealed for unity and called on Republicans to join them in enacting reforms to not only physically protect the Capitol but also to bolster democracy.

But Harris sounded clear-eyed about the need to confront right-wing extremism that she said has “roots that run old and deep,” a reference to white nationalists.

“We cannot allow our future be decided by those forces intent on silencing our voices, overturning our votes and peddling lies,” she said.

Republicans are virtually united in opposing any new voting rights measures, which they see as a partisan power grab by Democrats, not a legitimate effort to prevent another attack on the Capitol.

Harris, who is seen as a potential successor to Biden, called supporters to stay strong in the face of attacks and to mobilize to keep

“The American spirt is beng tested,” she said. “The answer resides where it alway has done: with you.”