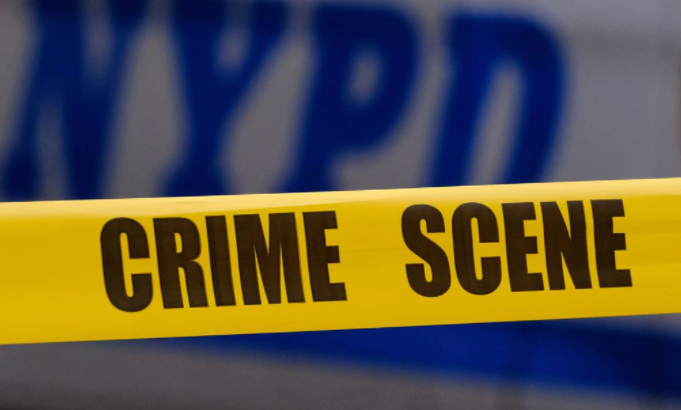 Cops have identified a Queens woman as the city’s first homicide victim of 2022.

A man passing by saw the woman in a pool of blood and called 911, cop sources said.

Police believe she worked in the area where she was killed, but had no information Wednesday night on what led to her slaying.

Video shows her walking with a man – not the one who found her – before the stabbing, but it was unclear if he was the killer, sources said.

Neighbors told reporters they didn’t hear any commotion the night of the killing.

“I was here all night. I was sitting there waiting for my daughter to come home, I sat there, I went to sleep,” said Kevin King, 62, who lives in Brooklyn. “I didn’t hear no gunshot, no screams, no nothing, and I was sitting in my car. It was raining, so I didn’t get out my car … I just thought someone was drunk and fell down.”

Another resident who lives across the street said the violence was uncommon in the neighborhood.

“Nothing like this I seen before in the area. I would notice a homicide, but I don’t feel particularly unsafe here,” he said. “There are a lot of homeless people I see around.”

Police have made no arrests in the slaying.