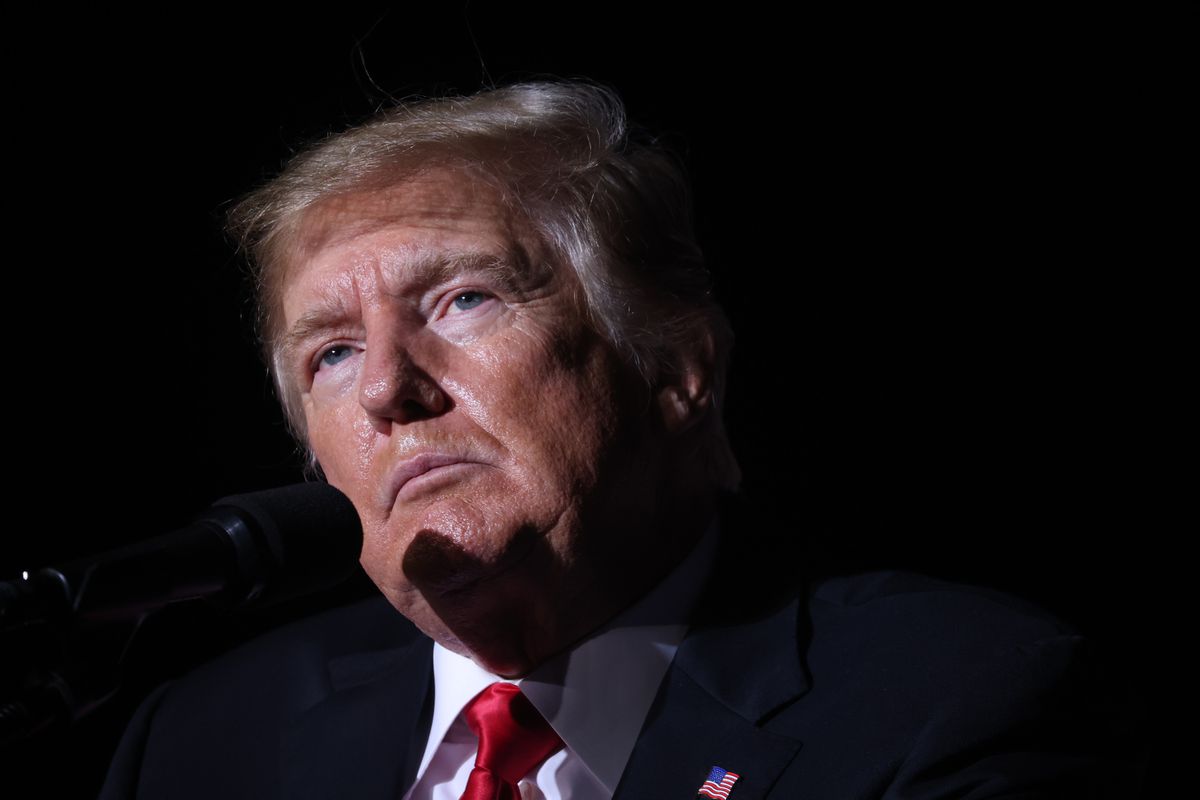 Former President Trump falsely accused President Biden of naming him in a speech on the anniversary of the Jan. 6 attack on the Capitol to divide Americans.

“The Democrats want to own this day of January 6th so they can stoke fears and divide America,” Trump said in an email statement. “I say, let them have it because America sees through their lies and polarizations.”

The twice-impeached president falsely accused Biden of invoking his name in his speech. In fact, Biden studiously referred to him only as “the former president.”

“(Biden) used my name today to try to further divide America,” Trump said. “This political theater is all just a distraction.”

Trump pointedly did not discuss the riot itself at all in his statement. He did not explain why he failed to act for more than three hours as his supporters rampaged through the Capitol hunting down enemies.

Deemed “the failed former president” by Biden, Trump was convinced to scrap plans to hold an attention-grabbing press conference at Mar-A-Lago to mark the anniversary of Jan. 6. But predictably, he could not stay silent in the face of Biden’s powerful denunciation of his incitement of the attack.

Instead of offering a defense of his actions or inaction on Jan. 6 as the riot unfolded, Trump repeated timeworn political attacks on Biden policies on the economy, immigration and even the COVID-19 pandemic.

“This political theater is all just a distraction for the fact Biden has completely and totally failed,” Trump said.

He also repeated his lie that the election was stolen from him, even when Biden powerfully cited the contrary decisions of scores of judges and election officials from both parties.

“They want all conversation concerning the Election “Canceled.” Trump said. “In actuality, the Big Lie was the Election itself.”