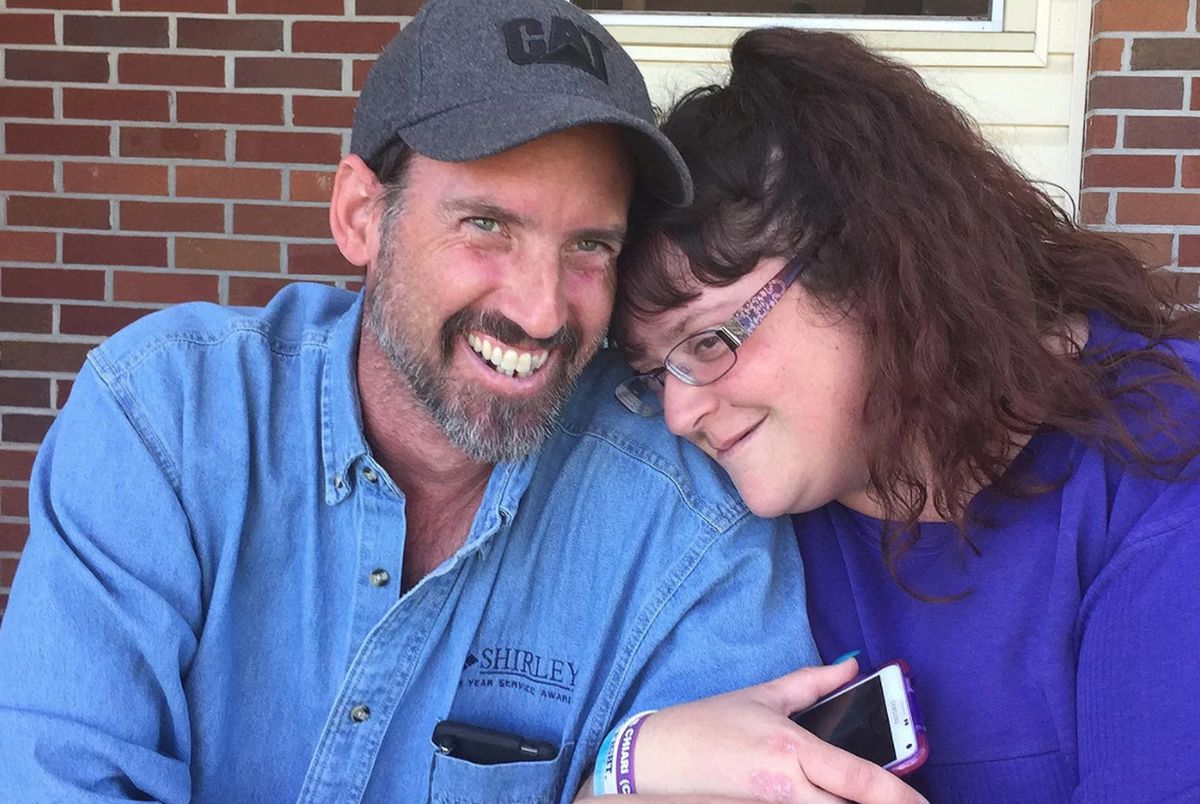 First, Kevin Mitchem, 48, came down with a lingering cough. An urgent care clinic sent him home with cold medicine. When his condition didn’t clear up, he went back and tested positive for COVID.

Meanwhile, wife Misty Mitchem, 46, fell ill not long after her husband and declined much more quickly.

Kevin was hospitalized on the day his wife died, reported The Free Lance-Star of Fredericksburg, Virginia.

About two weeks later, he lost his battle as well, even though by all accounts he had been healthy and hearty, working in the construction trade, with no underlying health conditions that put him at higher risk for severe disease.

The pair left behind Riley, 17; Leah, 14, and 11-year-old twins Taylor and Aiden. Kevin Mitchem’s 22-year-old daughter Angel, from a previous relationship, is also bereaved, and her 2-year-old son, Lincoln, will never get to bond with his granddad.

The high school sweethearts, married 17 years, were adamantly against vaccines for the novel coronavirus, until the end when Kevin Mitchem asked for the shot, his brother told People. But by then it was too late.

Misty Mitchem was diabetic and was hospitalized quickly. On Sept. 22 she was intubated, her kidneys functioning at 50%, The Free Lance-Star reported. On Sept. 23 she was gone, just a few hours after her husband was admitted. He died on Oct. 8, after the family learned the disease had irreparably damaged his lungs.

Their family had tried to save them from the misinformation they were steeped in.

“I knew how deadly COVID could be, so I went to my brother and asked him to please get vaccinated,” his bereaved brother Mike Mitchem told People. “His response to me was to show different memes and stuff that he found on Facebook. He believed all that to be gospel truth, and I could not change his mind.”

Their children have been sent to live with an aunt and uncle in South Carolina, Mike Mitchem told The Free Lance-Star.

“Both our families have been turned upside down,” he said. “The kids are the main thing. His oldest daughter just had a son, and I’m sure she wanted him to get close with his grandfather, and that’s not gonna happen now.”