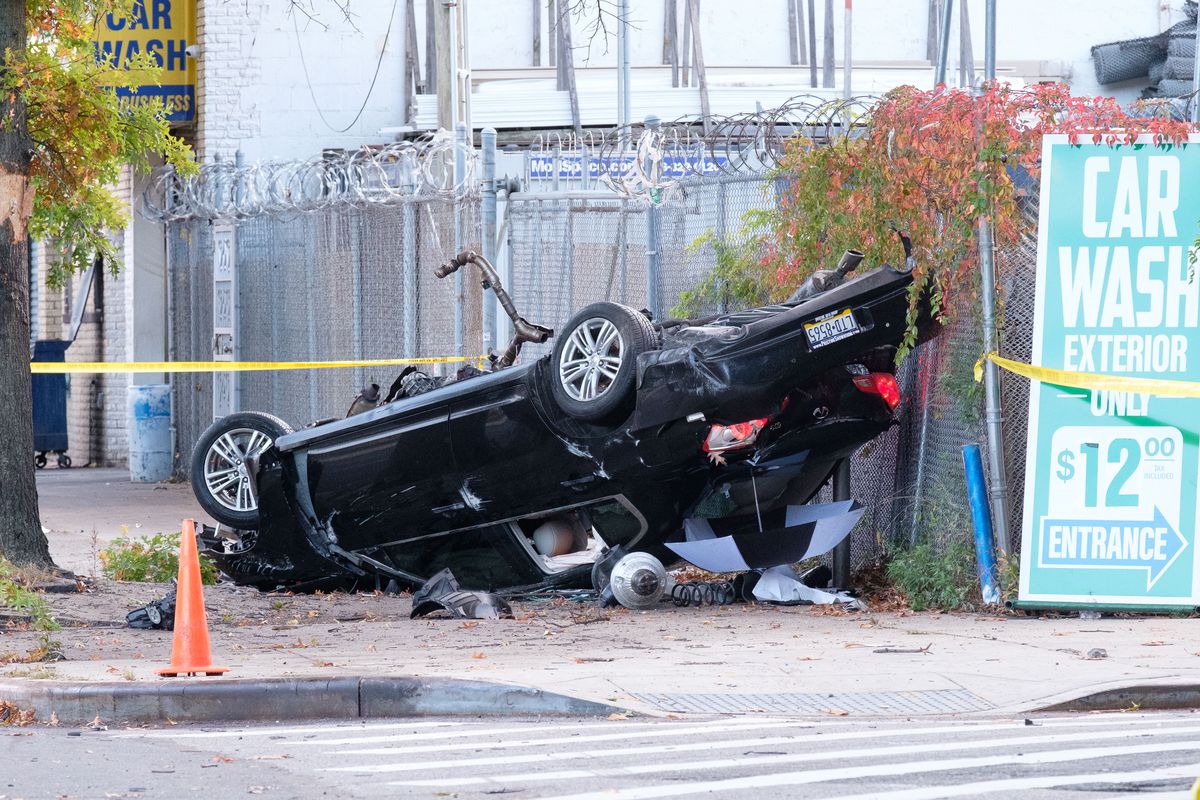 A 24-year-old motorcyclist was fatally rear-ended by an Infiniti driver on a Brooklyn roadway, police said Monday.

Joshua-Dixon Taylor was riding his 2021 Talon motorcycle south on Ralph Ave. in East Flatbush when he was struck from behind by a 2012 Infiniti near Clarendon Road about 5:05 p.m. Sunday, cops said.

The Infiniti overturned during the crash, landing on its roof on the sidewalk against a chainlink fence. The driver is suspected of speeding.

Medics rushed Taylor to Brookdale University Hospital but he could not be saved. He lived in Bergen Beach, according to cops.

The 25-year-old Infiniti driver was taken to the same hospital in critical condition. He was not immediately charged as police continue to investigate the crash.