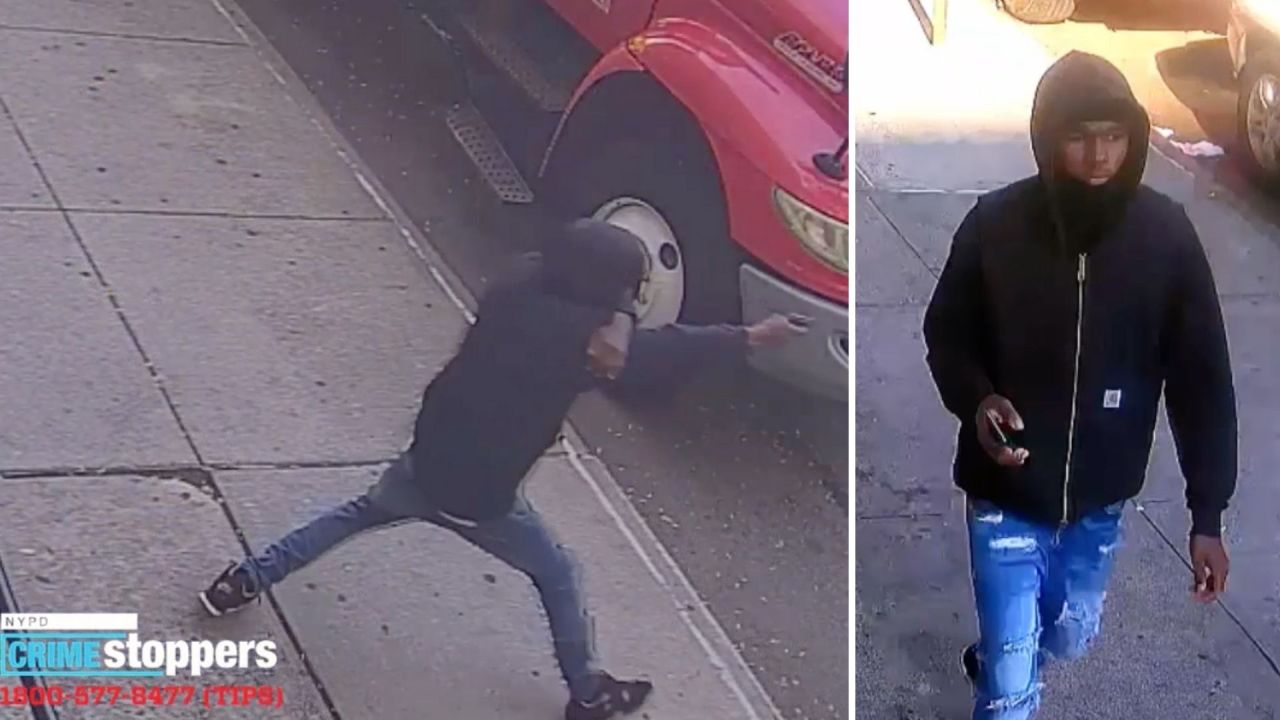 Police on Thursday released dramatic surveillance video of a gunman opening fire on a 14-year-old boy stepping onto a city bus in Harlem, grazing the teen in the head and nearly hitting the MTA driver.

The victim was about to get onto a downtown M1 bus on E. 139th St. near Lenox Ave. when the gunman squeezed off two rounds just before 10 a.m. Oct. 14.

The surveillance video shows the gunman standing just a few feet from the bus when he whips out a small caliber pistol and opens fire. He has not been caught.

The teen victim was grazed in the head.

Bullets ricocheted off the bus windshield and a protective shield in front of the 39-year-old MTA bus driver. One bullet hit a metal bar on the shield, potentially saving the driver’s life, a police source told the Daily News at the time.

“If the bar hadn’t caught the bullet the driver would’ve been in real trouble,” the source said.

The bus driver suffered an injury to his hand, officials said.

EMS rushed both victims to Harlem Hospital two blocks away, where they were both treated and released.

Police sources said the shooting was gang related and that three boys or men were chasing the teen before he was shot.

“It looks intentional to me right now,” NYPD Inspector Peter Fiorello, the head of Manhattan North’s detective squad, said at the time. “There was a direct line between the victim and the shooter and there was no hesitation.”

The victim’s mother told reporters her son was on his way to a friend’s house and that he normally stays out of trouble.

Cops released the surveillance images in the hopes that someone recognizes the gunman, who was wearing a blue hoodie and blue jeans.