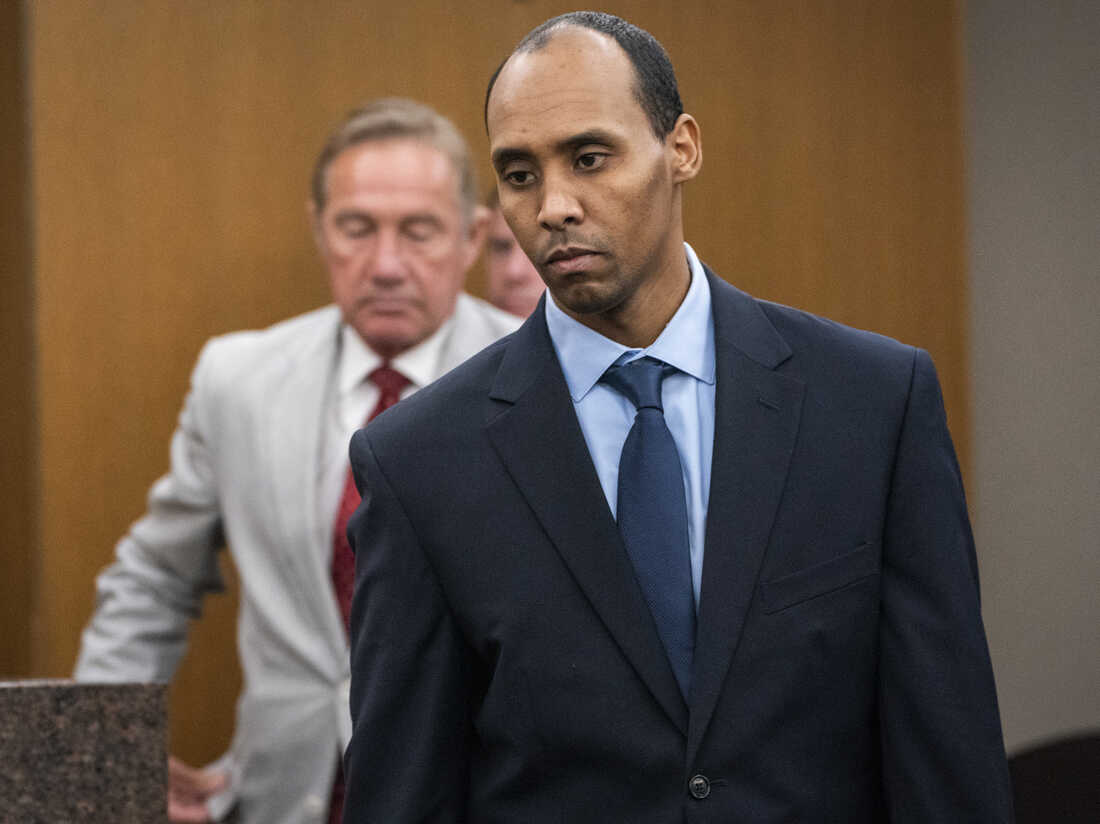 Former Minneapolis police officer Mohamed Noor, who was serving a 12-year sentence for the 2017 killing of 911 caller Justine Ruszczyk Damond, had his sentence drastically reduced Thursday after his murder conviction was thrown out.

Noor was sentenced to 57 months for the charge of second-degree manslaughter, with credit given for the more than two years he’s already spent behind bars. The new sentence imposed by Judge Kathryn Quaintance was the highest permitted under the state’s sentencing guideline, but he’s still likely to be eligible for early release within months.

The ex-cop fatally shot Damond on July 15, 2017 after the 40-year-old Australian American called police to report a possible sexual assault behind her apartment building. When Noor and his partner arrived at the scene to investigate the report, they were startled by a loud noise as Damond approached their squad car with her right arm raised, according to testimony from his 2019 trial.

Noor, who was in the passenger’s seat, reached across his partner and fired his weapon through the driver’s side window, fatally striking the woman.

He was later arrested and fired before being convicted on murder and manslaughter charges. Following a lengthy appeal process, the Minnesota Supreme Court tossed his third-degree murder conviction last month, ruling that the charge did not fit the facts in the case.

Noor’s defense lawyers had requested the lowest possible sentence, 41 months, saying he is remorseful and has received numerous “positive reports” in prison.

“Mr. Noor, I am not surprised that you have been a model prisoner. However, I do know of any authority that would make that grounds for reducing your sentence,” Judge Quaintance told him before issuing her ruling.

“You did shoot across the nose of your partner,” she said. “You did endanger a bicyclist and residents of a community of surrounding houses on a summer Saturday evening. One household was entertaining guests on a porch adjacent to the gunfire. These factors of endangering the public make you crime of manslaughter appropriate for a high end of the guidelines.”

Damond’s family watched the live-streamed proceeding from Australia, despite it being 1 a.m. there, and her parents, brother and sister-in-law all wrote victim impact statements that were read by attorneys in the courtroom. The victim’s fiancé, Don Damond, gave an emotional statement via Zoom.

“I still cry so often and I miss her so deeply. I will always love her,” he said before directing his comments to Noor and offering him forgiveness for his “inability to manage” his emotions the night of the shooting.

‘In this world, we see so much division, so much hatred, murder, racism, sexism, black-and-white thinking, which only separates us as humans,” Don Damond said. “Justine was a unifier, not a separator. She lived with the highest level of morality.

The disgraced officer gave a short statement to the court before the judge announced her ruling.

“I just want to say that I’m deeply grateful for Mr. Damond’s forgiveness,” he said. “I’m deeply sorry for the pain that I’ve caused that family and I will take his advice and be a unifier.”