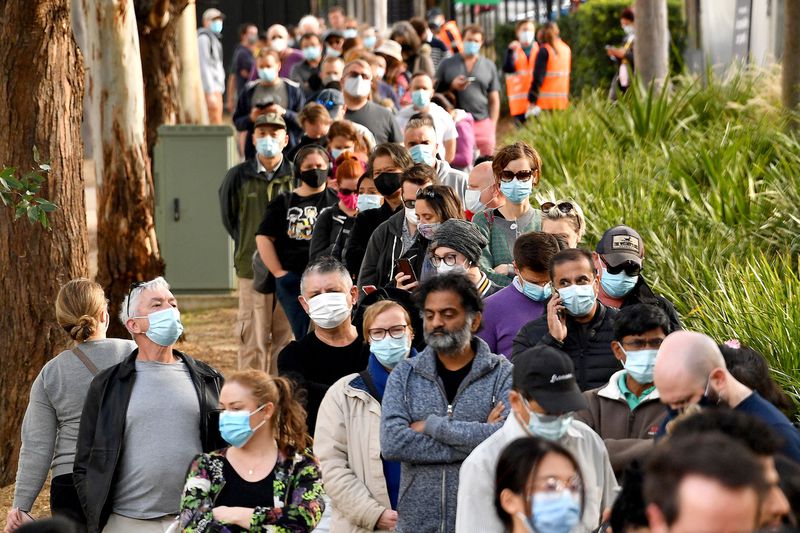 A half-dozen partygoers at a “super-spreader” event in Australia were the only attendees spared a COVID-19 infection. Why? They were the only ones in attendance who’d been vaccinated.

The Australian Broadcasting Corporation reports that 24 people who attended a birthday party in Sydney, Australia, tested positive for the Delta variant. People in their households were also infected.

The six party attendees who were spared were health care workers, according to New South Wales officials.

NSW Health Minister Brad Hazzard said Monday that the lesson being learned from the “unfolding situation” so far is that vaccinated people are less likely to be infected by the coronavirus.

Premier Gladys Berejiklian noted that vaccinations in New South Wales have held up well against the Delta Covid strain and that more doses would be made available in coming weeks. She said that offering incentives like cash prizes to people who get vaccinations, which is being done in the U.S., isn’t part of her plan at this point.

“Until we have enough vaccines for everybody who wants a vaccine to take it, it is not fair to have incentives,” Berejiklian said.

New South Wales has reportedly recorded 130 cases of the COVID-19 delta variant since June 16. Though lockdown orders are in place for the vaccinated and unvaccinated alike, Berejiklian says that inoculations have prevented those who have gotten their shots from “acquiring serious illness.”