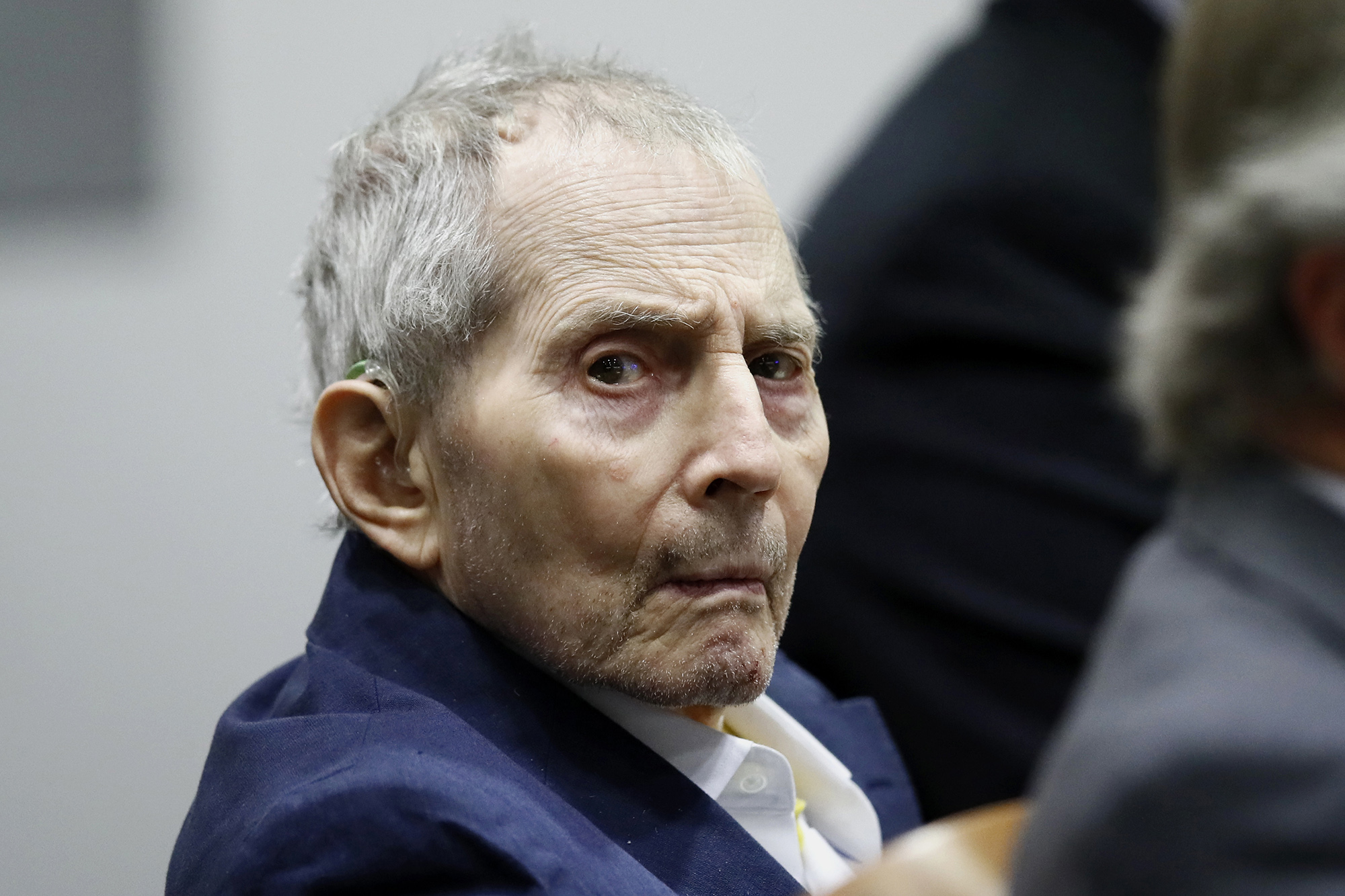 New York billionaire Douglas Durst made his long-awaited appearance at Robert Durst’s murder trial Monday, dissecting for jurors his tortured relationship with the older brother he claims wishes him dead.

“He’d like to murder me,” Douglas Durst, 76, said with startling clarity inside a Los Angeles courtroom.

The Manhattan mogul now in charge of the Durst Organization’s estimated $8 billion commercial real estate empire was called to the witness stand by prosecutors seeking to prove Robert Durst murdered his best friend Susan Berman in Los Angeles in December 2000.

The prosecutors allege Robert Durst, 78, shot Berman execution-style in the back of her head to guarantee her silence because she allegedly helped him with his alibi after his first wife Kathie Durst went missing in New York in 1982.

Douglas testified his brother has a hostile temperament, would break into his office to “urinate” in his wastebasket and was the subject of a conversation in the early 1980s during which Kathie allegedly told Douglas that Robert had been “stealing” from the family business.

“My brother and I fought as children. We never got along,” Douglas testified. “He treated me miserably. He would fight with me every chance. He would embarrass me every opportunity. It was a very difficult relationship.”

He called Robert Durst a “very ungenerous person” who allegedly used a drill to “back up the odometer” on a car he was trying to sell even though he already was a wealthy man thanks to his cut of the family fortune.

Asked when he first learned that Kathie Durst had vanished, he said his brother called him a few days later on Feb. 3, 1982, to inform him she was “missing.”

“His tone was very neutral and there was no great anxiety in his tone,” he said.

He called the subdued reaction “strange” and also shot down Robert Durst’s claims the family banded together in a coordinated effort to locate Kathie. He said his brother never approached him for help.

“The only effort I was aware of is the offer of a reward if somebody found her or returned her,” he testified.

Under cross-examination by defense lawyer Dick DeGuerin, Douglas elaborated on his recollection of the Feb. 3 call.

“When Bob was telling me that she had disappeared, he said it might have to do with drugs, and a drug dealer that had been to the apartment,” he testified.

Douglas also testified about his brother’s alleged reaction in 2000 when he learned Westchester prosecutor Jeanine Pirro had reopened the investigation into Kathie’s disappearance some 18 years later.

Rather than show gratitude for the renewed interest in his missing wife’s fate, Robert Durst responded by getting ” very upset,” Douglas testified.

Douglas Durst made it clear during his multiple hours of examination that he wasn’t thrilled to be answering questions. “I’m not here voluntarily,” he said. “I cooperated once I was told that I would be subpoenaed.”

He called himself the “exact opposite” of a real estate tycoon in the tradition of former president Donald Trump.

“We don’t put our names on buildings or anything. You’ll never find a Durst library or Durst building. We try and stay out of the papers,” he said.

He said being associated with his brother’s alleged crimes has been “the most embarrassing thing that I’ve ever encountered.”

“It’s very painful for us to have our name associated with these incidents,” he said

Douglas claimed his brother lied when he told producers behind the HBO documentary “The Jinx” that their father called him to a window as a young child to wave to his mother before she fell to her death from a roof.

“There’s no way from inside the house that you could see where my mother fell from,” he said.

Douglas said he became completely estranged from his eldest sibling in 1995 when their father Seymour Durst died and Douglas was placed in control of the family business in a move that pushed Robert, the presumptive heir, aside.

He agreed Robert voiced intense “anger” towards him after the Durst Organization paid around $60 million in 2006 to buy Robert out of his remaining stake in the Durst dynasty and sever all ties.

Robert later appeared unannounced at his home in Katonah multiple times in 2008, leaving him fearful for his family’s safety, Douglas testified.

He dismissed as “insulting” a line of questioning that inquired whether any family members helped Robert “cover up” what happened to Kathie.

Katie was eventually declared dead, but her body was never found. Robert Durst has not been charged with any crime related to his first wife’s disappearance and claims he doesn’t know what happened to her.