Unvaccinated NYPD officers set to be terminated next month 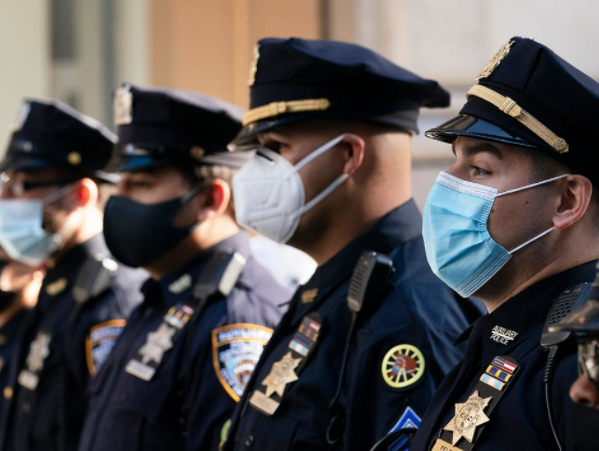 Unvaccinated NYPD officers currently on unpaid leave after a sweeping COVID-19 vaccine mandate late last year will be fired next month if they don’t get the jab, the Daily News has learned.

Officers who have refused the shot have until Feb. 11 to comply, according to a memo sent out to NYPD sergeants by Sergeants Benevolent Association president Vincent Vallelong.

Members of the department who had not gotten at least one vaccine dose were put on unpaid leave Nov. 1 following the citywide vaccine mandate for all municipal employees.

The memo makes clear that new NYPD hires who have not provided proof of vaccination and those officers on unpaid leave who have refused the shot will be notified Monday of the new February deadline to get the jab or face termination.

The move does not apply to members of the department who have been granted a religious or medical exemption, nor to those who are waiting for their accommodation appeal to be approved, according to the memo. Officers awaiting a decision on their medical or religious exemption will continue to be tested regularly and are expected to wear masks.

Cops who have not yet forked over proof of a second vaccine — barring Johnson and Johnson’s one and done jab — will need to do so or get their second dose, the memo demands. However, the memo states that a termination date for cops out of compliance has not yet been determined.

“Every avenue has been exhausted by Law Enforcement and others across the country in the courts, we have lost at every turn,” Vallelong wrote in the email blast. “With this in mind, I ask you to take the proper steps to ensure that whatever decision you make is best for you and your families.”

Days before the sweeping mandate went into effect, the Police Benevolent Association, which represents about 24,000 NYPD officers, sued the city to block the order. A state Supreme Court judge quickly refused to pause the directive.

A NYPD spokesperson on Sunday night said he had been made aware of the memo.