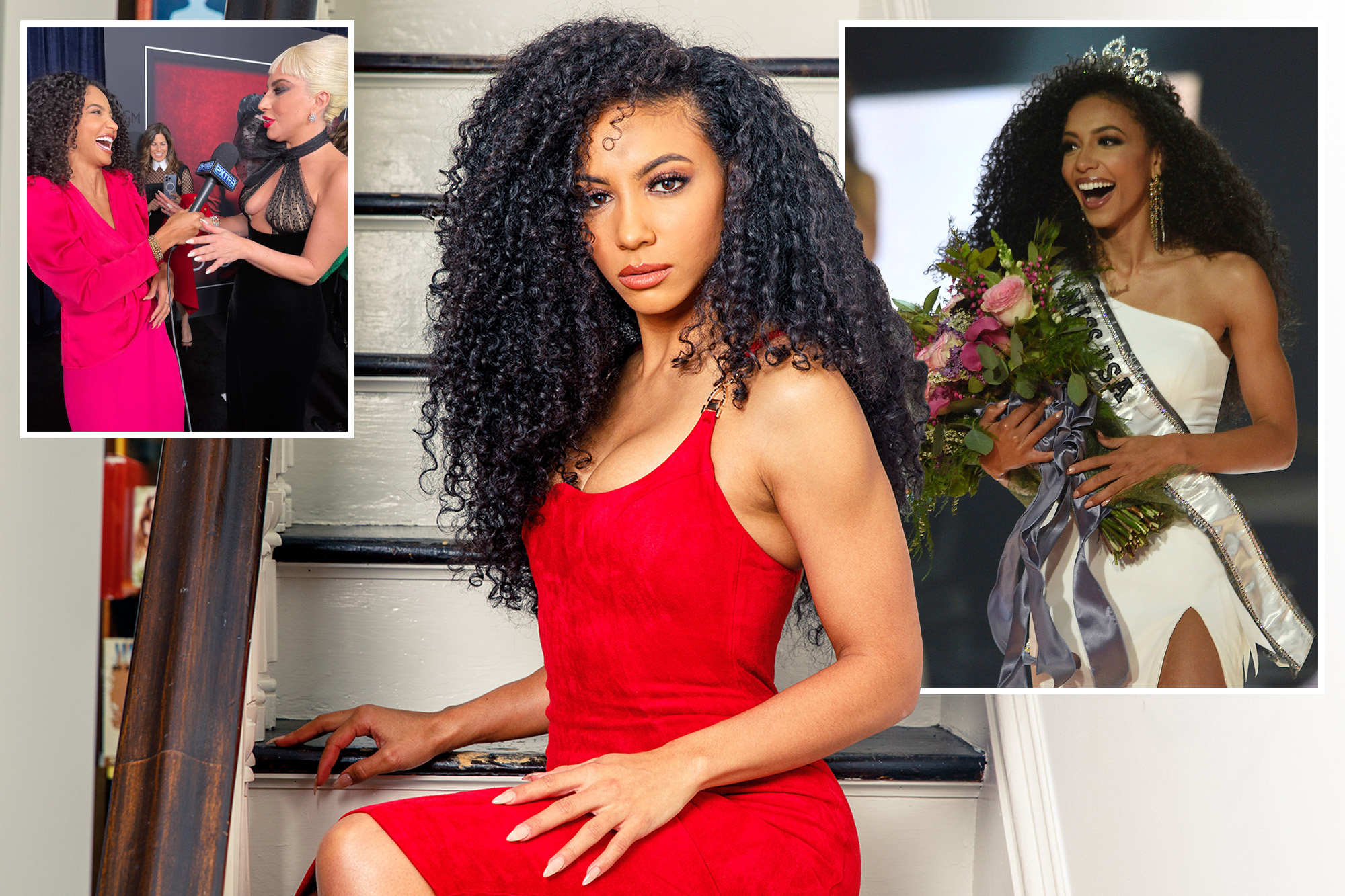 Cheslie Kryst, who was crowned Miss USA in 2019 and was an entertainment correspondent on “Extra” leaped from a common area on the 29th floor of the 60-floor building at 350 W. 42nd St. just before 7:15 a.m., police sources said.

Kryst, who lived on the ninth floor, left a vague note indicating her mother would inherit everything she had, sources said.

“May this day bring you rest and peace,” Kryst, a 30-year-old lawyer, posted to her Instagram shortly before she jumped.

Kryst obtained her law degree from Wake Forest University School of Law in Winston-Salem, N.C., where she was involved in a number of activities, including the National Black Law Students Association, according to her LinkedIn page.

She was an associate attorney at Poyner-Spruill LLP in Charlotte from September 2017 to May 2019 and was a member of the firm’s civil litigation team.

Kryst became a news correspondent at “Extra” in September 2019, which earned her two Daytime Emmy nominations.

At “Extra,” she broke the news that Terrence Howard was retiring from acting and interviewed celebrities including Lizzo, Zendaya, Taylor Swift and Rihanna.

“Our hearts are broken,” a tribute on the show’s Instagram page stated Sunday. “Cheslie Kryst was not just a vital part of our show, she was a beloved part of our ‘Extra’ family and touched the entire staff.”

Neighbors lit candles and set up a tribute to Kryst outside the luxury building Sunday night.

“There’s been a couple of them [suicides] in the neighborhood and we kind of think there’s obviously obvious psychological …causes,” said a 23-year-old neighbor who would only give his name as Valentine. “We just figure it’s a good idea to just show our support, make sure nobody copy-cats.”

“We’ve never seen this in this frequency,” he added, concerned the COVID pandemic may have added to the victims’ stress because “people are trapped inside, isolated, alone.”

Tributes to Kryst flooded social media after news of her death.

“I can’t believe I’ll never see you again,” wrote Gazini Ganados, who was named Miss Universe Philippines in 2019. “You will be missed and the light you shone so bright.”