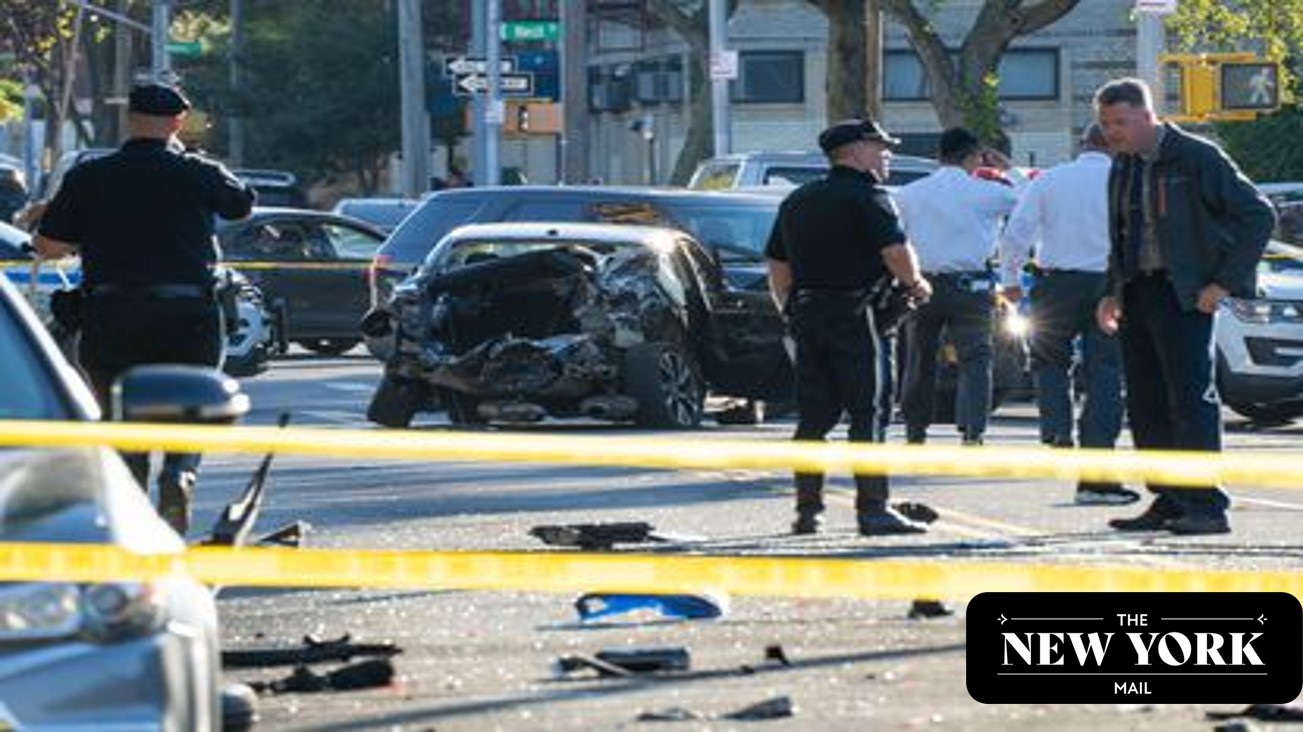 An accused unlicensed drunken driver arrested for speeding through a red light, sparking a wild weekend car wreck that killed his longtime friend, turned up one day later at a Brooklyn candlelight vigil honoring the victim to express his remorse.

Jovanni Padilla appeared this past Sunday as the family of Kainen Martin gathered to mourn their loss, turning up just hours after the victim died — and just hours after Padilla was arraigned on charges of drunken driving, vehicular assault, leaving the scene of an accident, driving without a license and reckless driving in his buddy’s death.

“You know, he broke down to us and said he blames himself and he wishes it was him instead,” said Elizza Martin, whose 23-year-old brother was killed in the 6:30 a.m. Saturday wreck. “We don’t blame him but we also cannot forgive right now.”

Martin said she couldn’t condemn Padilla because it could just have easily been her late brother who was driving after the pair left an after-hours club. “The shoe could have been on the other foot,” she said.

Padilla was released without bail in Brooklyn Criminal Court earlier Sunday, turning up at the home of Kainen’s mother for the memorial.

Mom Luisa Soler, 59, recalled Tuesday how the youngest of her four kids was a kind young man who elicited compliments from strangers as a child and boasted a wide array of friends as an adult.

“People would come up to me and say, ‘Is that your son? He’s so respectable,’” Soler recalled in the family’s apartment, where the mom was joined by Kainen’s three heartbroken sisters and his girlfriend.

Martin was asleep in the passenger seat of Padilla’s Nissan Maxima as they zipped east on Saratoga Ave. in Brownsville and Padilla allegedly ran a red light at Sutter Ave., cops said.

The 26-year-old Padilla slammed into a Kia SUV before plowing into two parked cars and screeching to a stop, according to police. The front end of the Nissan was obliterated by the impact, with the driver and Martin less than 2 miles from their homes nearby each other.

Padilla managed to escape from the wreckage and was arrested by cops as he attempted to heartlessly flee the scene of the deadly wreck, authorities said.

Older sister Elizza drew some comfort from word that her sibling was asleep at the time of the fatal wreck that ejected him from the Maxima. Martin died a day later at Kings County Hospital.

Twin sister Kaitlin Martin recalled how her brother was the first of the two to walk and how the two were inseparable.

Padilla is expected to face vehicular manslaughter charges at his next court date in December, authorities said. The 55-year-driver of the other vehicle was also hospitalized with minor injuries, police said.

Martin’s mother doesn’t blame her son’s childhood friend. ‘It was an accident,” she said of the crash.

Martin’s older siblings recalled their kid brother as a well-dressed man who was unfailingly polite, aspired to a musical career, and wore a picture of his mother around his neck.

And they remembered his favorite catchphrase: “Just think about it.”