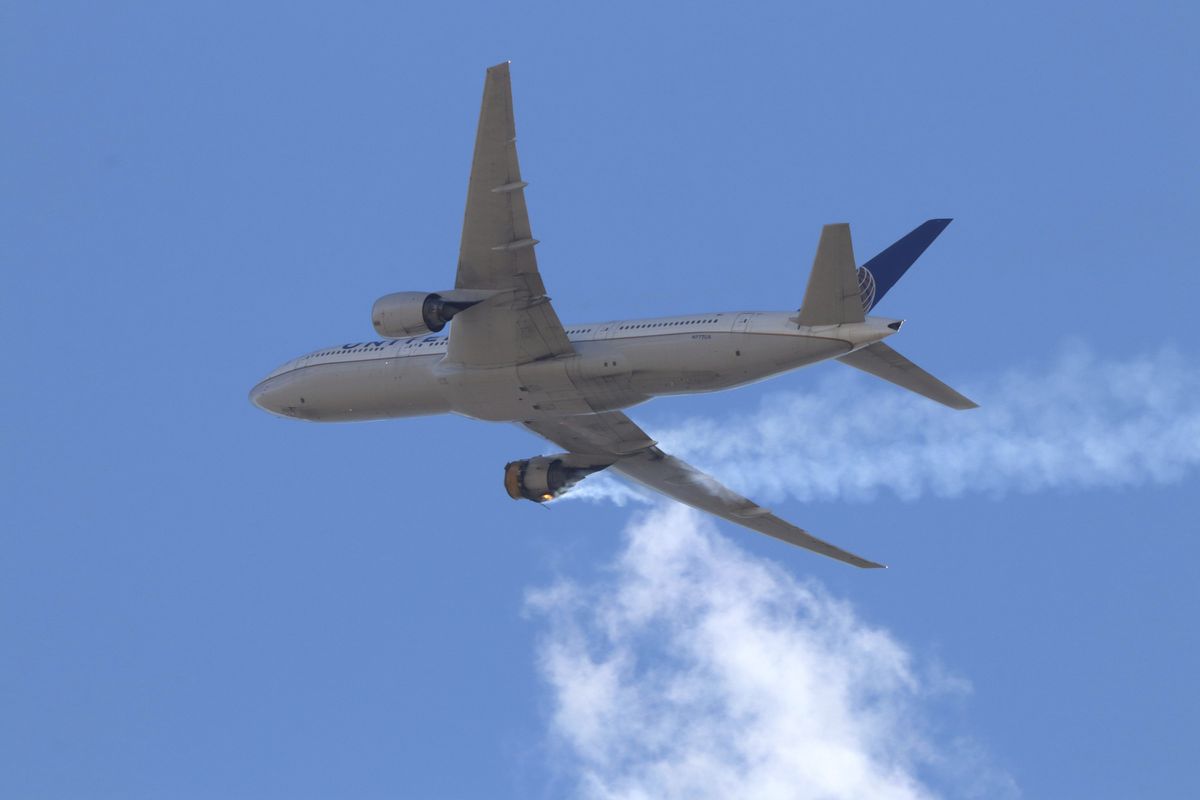 United Airlines announced Sunday evening that it was temporarily grounding Boeing 777 planes with the same engines as the one that experienced failure during a Saturday flight.

Shortly after flight 328 took off Saturday afternoon from Denver International Airport destined for Honolulu, the pilot made a mayday call after one of the plane’s engines failed and burst into flames and sent debris falling from the sky over Colorado, primarily in Broomfield, about 30 miles from the airport. The plane turned back around and landed safely back in Denver.

Since 2018, a number of older 777 planes, including another United flight, have experienced catastrophic failure leading to emergency landings. While no injuries have resulted in these engine failures, the troubling trend appears to have spooked United into temporarily ground their 777 models that have the same type of engine, the Pratt & Whitney 4000.

“Starting immediately and out of an abundance of caution, we are voluntarily and temporarily removing 24 Boeing 777 aircraft from our schedule,” the airline said in a statement.

“Since yesterday, we’ve been in touch with regulators at the NTSB and FAA and will continue to work closely with them to determine any additional steps that are needed to ensure these aircraft meet our rigorous safety standards and can return to service. As we swap our aircraft, we expect only a small number of customers to be inconvenienced.”

“Safety remains our highest priority – for our employees and our customers. That’s why our pilots and flight attendants take part in extensive training to prepare and manage incidents like United flight 328. And we remain proud of their professionalism and steadfast dedication to safety in our day to day operations and when emergencies like this occur.”

The airline added that 28 planes in its fleet with the same engine are in storage.

Both Japan Airlines and All Nippon Airways have also announced they are grounding a total of 32 Boeing planes with the Pratt & Whitney 4000 engine after being ordered to do so by Japan’s transportation ministry.

The Federal Aviation Administration issued an Emergency Airworthiness Directive that requires stepped-up inspections of affected Boeing 777 planes and is expected to lead to more groundings by other airlines.