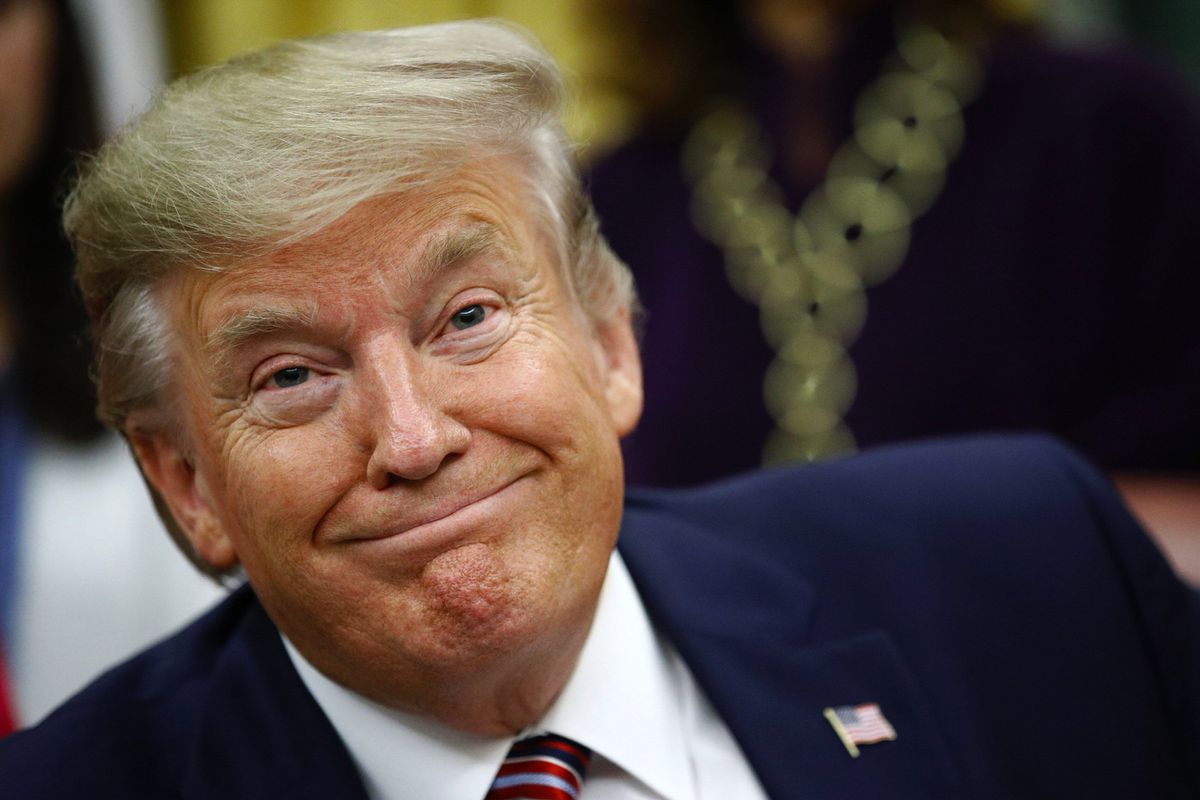 One siege of the U.S. Capitol, two impeachments and hundreds of scandals after Donald Trump was elected president, about half of Republicans say they’d ditch the GOP for a party led by him, according to a new poll.

The Suffolk University/USA Today survey released Sunday found 46% of Republicans would leave their party and “join the Trump party if the former president decided to create one.”

In the poll of 1,000 Trump voters, half the respondents said the Republican Party should be “more loyal” to the ex-commander-in-chief. Just 19% said the opposite.

“We feel like Republicans don’t fight enough for us, and we all see Donald Trump fighting for us as hard as he can, every single day,” a 27-year-old Trump supporter told USA Today. “But then you have establishment Republicans who just agree with establishment Democrats and everything, and they don’t ever push back.”

The poll comes as GOP officials are divided over how to navigate life after Trump and as the ex-commander-in-chief is poised to return to the limelight after losing access to Twitter for inciting the Jan. 6 siege of the Capitol.

Trump is reportedly scheduled to speak at the influential Conservative Political Action Conference in Orlando, Fla., Sunday. The event would mark his first public appearance since he left the White House.

The mind meld between the disgraced ex-president and millions of Americans has provided fodder for countless think pieces, editorials and books over the past four years.

Many strong Trump supporters “are submissive, fearful and longing for a mighty leader who will protect them from life’s threats,” psychology professor Bob Altemeyer and former Nixon White House lawyer John W. Dean wrote in a book published last year. “They divide the world into friend and foe, with the latter greatly outnumbering the former.”