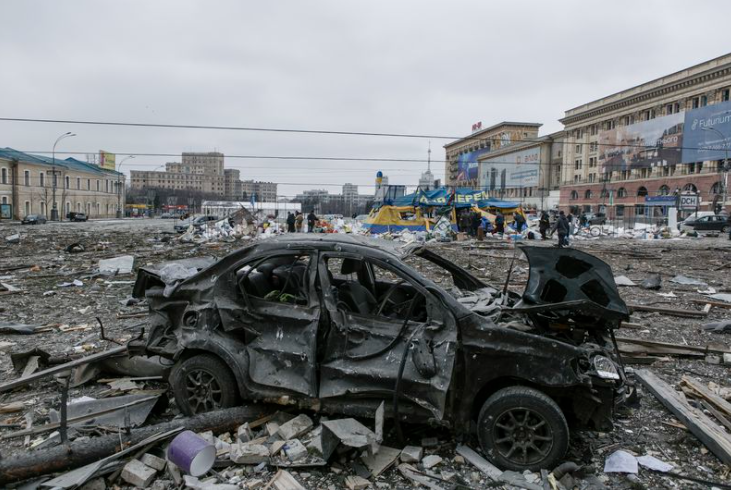 Russian troops killed a Ukrainian volunteer and her two colleagues while she was delivering dog food to a shelter near Kyiv, according to her friends and family.

Anastasiia Yalanskaya was driving home Friday after making the delivery in Bucha, about 15 miles west of central Kyiv, when her car was shot up, Global News reported. Her friends said the vehicle was targeted at close range by heavy weapons.

Her family had asked her to leave, but Yalanskaya insisted on staying behind and helping people.

“I asked her to be extra cautious. That nowadays, a mistake costs extremely much,” her husband Yevhen Yalanskyi told Global News. “But she was helping everyone around. I asked her to think of evacuation but she did not listen.”

The United Nations has confirmed more than 750 civilian casualties since Russia invaded Ukraine on Feb. 24. Earlier this week, Ukrainian officials said more than 2,000 civilians had been killed

Yalanskaya was desperate to reach the dog shelter, which had been without supplies for three days, according to Global News. Earlier in the week, she’d provided food and clothes to young schoolchildren.

“We are not scared. We are united like never before. We help each other. We stand for hours at roadblocks and thank those who protect us,” she wrote in a social media post. “We will win.”

Yalanskaya and two men volunteering with her delivered the food and were driving home to Kyiv when they were killed, Global News reported.

“Not being able to help her last journey is very painful for me,” said Yalanskyi, who’s currently in Sri Lanka. “She was one of the best human beings I knew. She was committed to help, to help her friends and relatives and whoever needed help.”

“The world should know that she’s a hero,” her friend Valeriia Gorska said. “She was helping people. She believed in people.”