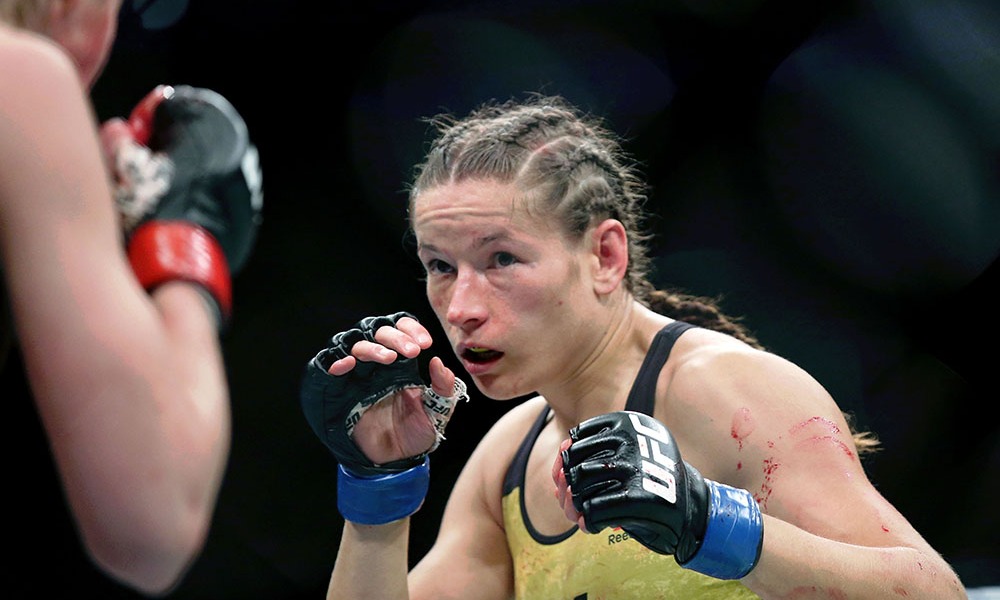 Moroz, who at times has been a top-10 fighter in UFC, is scheduled to fight in five days against Kazakh fighter Mariya Agapova at UFC 272 in Las Vegas. She has a 10-3 record in her career.

Moroz was born in Vilnohirsk, a small mining community in southeast Ukraine, in 1991. She said she was worried about her family and that her father was making explosive devices to protect their home.

“It’s hard time for Ukraine. I want to support my country, my president, whole army in Ukraine, and I want to say we don’t want war. I worry about my family right now,” she told the gossip website.

Moroz is the latest Ukrainian athlete to voice their support for their homeland. Former heavyweight boxers Vitali and Wladimir Klitschko, the former of whom is now the mayor of Kyiv, have both joined the fighting against the Russian invasion. They have been joined by boxer and former Olympic gold medalist Vasyl Lomachenko as well.

The world of sports has largely condemned the invasion. Last week, UEFA moved this summer’s Champion’s League final from Gazprom Arena in St. Petersburg in retaliation.