Queens grandmother dies months after rock attack outside her home 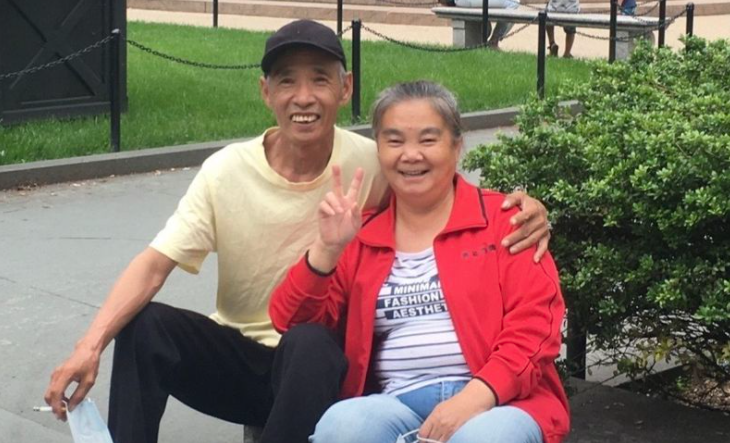 A Queens grandmother bashed in the head with a rock during an attack the day after Thanksgiving has died, police said Monday.

Guiying Ma, 62, was sweeping the sidewalk outside her Jackson Heights home on Nov. 26 when a man ambushed her, smashing a large rock against the left side of her head just inches from her eye.

The gutsy grandma had recently emerged from a months-long coma and even opened her eyes and waved to her husband, Zanxin Gao.

But the head trauma she suffered was too much to overcome and Ma died Feb. 22 At Elmhurst Hospital.

“The news was so shocking to her husband and us,’’ said Yihung Hsieh, the victim’s friend and landlord.

“Just one day earlier he was staying with her and she was waving her hand. Everything looked like it was getting better. Then the next day we got a phone call from the hospital and the doctor said she had no heartbeat anymore.”

Ma had needed surgery to open her skull and drain fluid to relieve pressure on her brain. A GoFundMe page Hsieh set up for Ma kept supporters up to date on her condition. The victim did not have medical insurance and had lost her job during the pandemic.

Cops arrested a suspect, Elisaul Perez, and charged him with assault. Ma’s death has been deemed a homicide.

“We are reviewing the latest development in this tragedy and will add or upgrade any appropriate charges supported by the evidence,” a spokesperson for the Queens District Attorney said Monday. “In the meanwhile, on behalf of the District Attorney, we extend our condolences to the family.”

Perez and Ma got into an argument, which culminated with Perez, 33, knocking her unconscious with the rock, according to a criminal complaint. He threw the rock at her a second time while she lay on the ground, bleeding from the head, prosecutors charge.

He has pleaded not guilty and is in custody.

While Ma’s alleged attacker is not charged with a hate crime, the incident occurred during an alarming spike in anti-Asian incidents around the city.