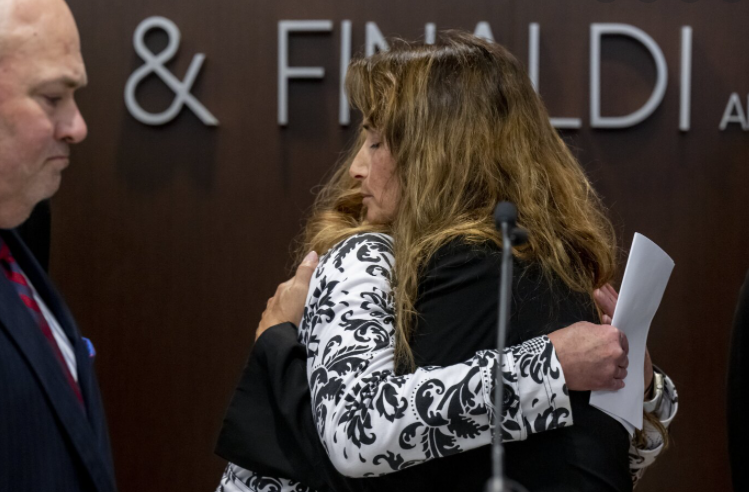 The University of California reached a $243 million settlement Tuesday with more than 200 women who said they were sexually abused by a UCLA gynecologist.

James Heaps, 64, is accused of abusing hundreds and possibly thousands of women across a 35-year career at UCLA. He’s been criminally charged and the subject of many civil lawsuits.

Each of the 203 women in the suits settled Tuesday will receive about $1.2 million, according to their attorneys. The women said Heaps sexually assaulted them under the guise of providing legitimate medical treatment.

Many of the alleged victims said Heaps simulated intercourse with an ultrasound probe, touched them sexually without wearing gloves and made sexually suggestive comments during consultations.

Several women said they reported the abuse to officials at UCLA, but their reports led to no action.

“There was no one else to go to. I mean, who do you fight?” alleged victim Julie Wallach said Tuesday. “The emotional toll it’s taken over the years has been tremendous.”

Heaps has denied all the allegations in civil court and pleaded not guilty to the criminal charges. UCLA did not admit wrongdoing in the settlement announced Tuesday.

The university also settled a different Heaps-related lawsuit for $73 million in 2020 and didn’t admit wrongdoing in that deal either. The longtime doctor resigned in 2018 after UCLA finally began investigating the reports of abuse in 2017.