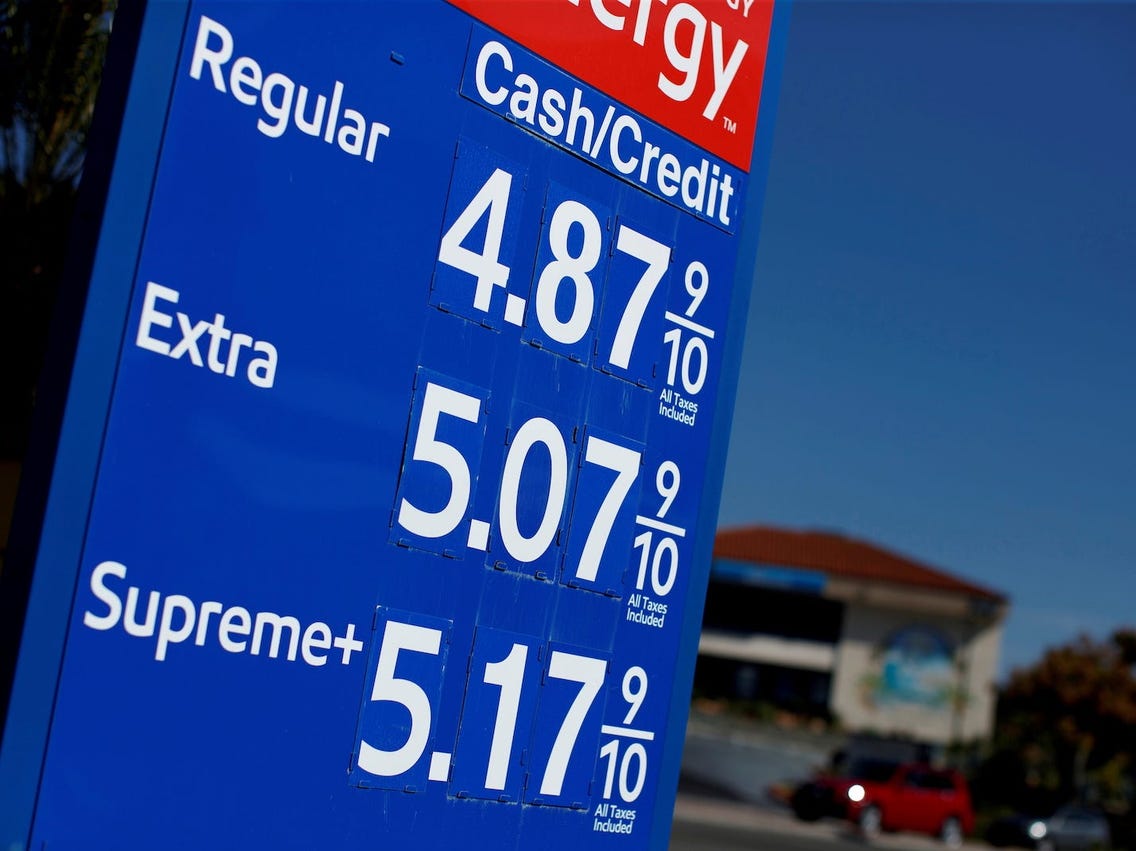 President Biden ordered the release of 50 million barrels of oil released from the nation’s strategic reserve on Tuesday in hopes of easing energy costs ahead of the holidays and the winter home heating season.

In a move coordinated with other major gas-guzzling nations like Britain, China and India, the president opened the spigot a bit on the huge reserve in hopes of tamping down the price of crude oil which is driving inflation higher worldwide.

“President Biden is using every tool available to him to work to lower prices and address the lack of supply,” the White House said in a statement.

He vowed to do even more if needed to stop the rocketing price of energy as the world economy bounces back from the worst of the COVID-19 pandemic.

Oil prices dipped slightly after the announcement and are down more than 5% from a recent peak as rumors of the release rippled through the markets.

The average price of gas stands at around $3.40, about a dollar above where it was just a year ago.

And consumers have been spooked by soaring prices of everything from eggs and iPhones to lumber and used cars.

After initially hoping to downplay inflation, Biden has scrambled in recent weeks to get in front of the issue, noting that the main driver of rising prices is his recession-killing policies and especially direct payments to American families.

He says the just-passed $1.2 trillion infrastructure package will reduce price pressures by making it more efficient and cheaper to transport goods and says the $1.8 trillion Build Back Better plan would do even more.

Republicans counter that all that spending is actually the main problem. They are vowing to make inflation a key issue in next year’s midterm elections.

The 605 million-barrel Strategic Petroleum Reserve is an emergency stockpile to preserve access to oil in case of natural disasters, national security issues and other events.

Americans use about 20 million barrels a day, meaning the release nearly equals about 2½ days of additional supply.

The decision comes after weeks of diplomatic negotiations and the release will be taken in parallel with the other oil-importing nations. Japan and South Korea are also participating.

The White House says it will also keep tabs on Big Oil, which it accuses of taking advantage of rising crude prices to pass along the increased cost to consumers.

“There is mounting evidence that declines in oil prices are not translating into lower prices at the pump,” the White House asserted in a statement.