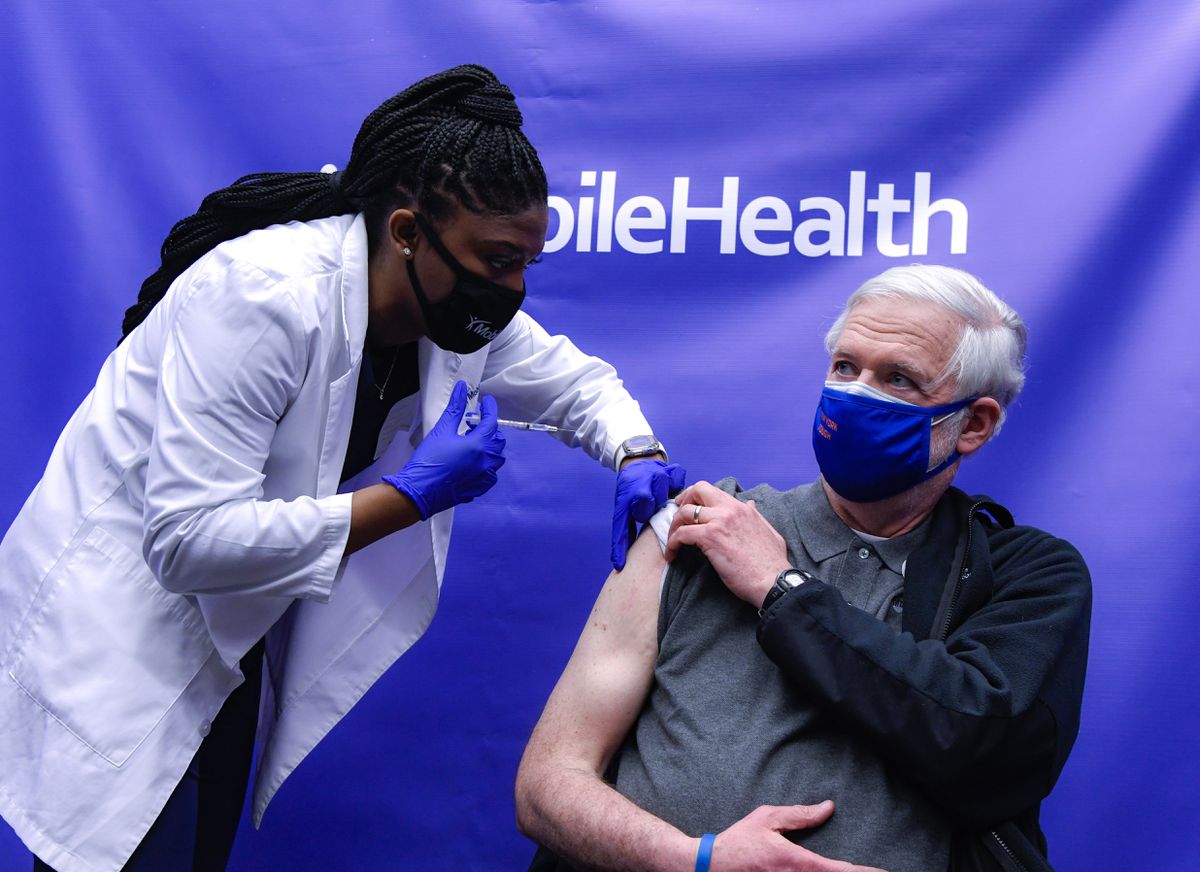 Mayor de Blasio urged Gov. Hochul on Tuesday to mandate coronavirus shots for MTA employees as nearly one-third of the transit agency’s workforce remains unvaccinated despite signs that infections are ticking back up statewide.

Speaking during his daily morning briefing, de Blasio said his administration has shown that “mandates work,” with 94% of the city’s municipal workforce recorded as being at least partially vaccinated.

By contrast, the vaccination rate was as of last week just 69.5% for the Metropolitan Transportation Authority, which has allowed its workers to submit to weekly tests as an alternative to getting immunized.

“Put a mandate in place for MTA employees. It’s time to do it,” the mayor said. “We have to get out of the COVID era. We need them to be vaccinated. It’s worked with the NYC workforce. It can work for the MTA as well.”

A spokeswoman for Hochul did not immediately return a request for comment.

De Blasio’s plea for an MTA mandate comes as New York braces for a resurgence of COVID-19 infections this winter.

Hospitalizations for COVID-19 symptoms are also on the rise, with 2,249 confirmed COVID-19 patients in the state as of Friday, up 20% from the previous week.