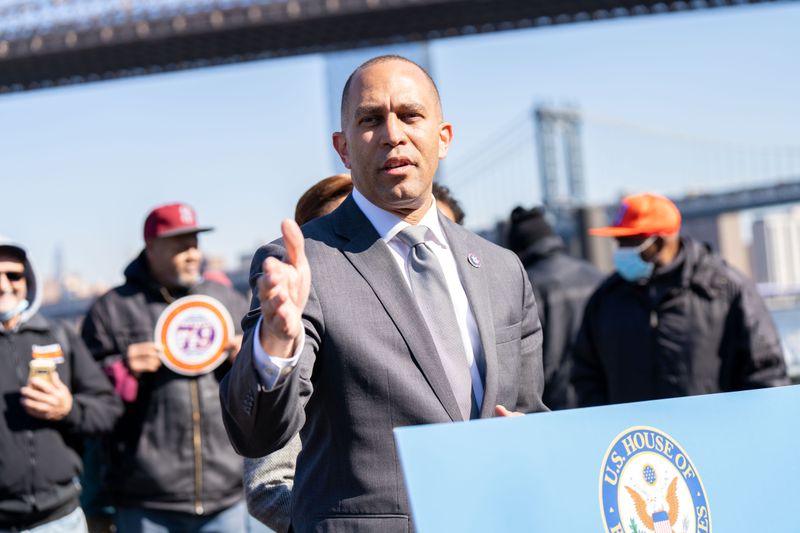 For the past 80 years, a ritual takes place across most of America every spring and fall: moving clocks an hour ahead or an hour behind, namely daylight saving time or standard time.

However, much to everyone’s surprise, the Senate unanimously approved a measure on March 15 to make daylight saving time permanent across the United States next year.

The bipartisan bill, named the Sunshine Protection Act, would ensure Americans would no longer have to change their clocks twice a year. But the House of Representatives is taking a much more deliberate approach.

“It’s an important step, but I look forward to hearing from other members,” said Rep. Hakeem Jeffries (D-N.Y.), the No. 5 Democrat in the House.

“We were unexpectedly sent this bill by the Senate. Now, we’re trying to absorb it,” he added to The Hill.

Members of Congress have long been interested in daylight saving time’s potential benefits and costs since it was first adopted as a wartime measure in 1942. The proposal will now go to the House, where the Energy and Commerce Committee had a hearing to discuss possible legislation.

Noting that he represents the Golden State, Rep. Pete Aguilar (D-Calif.) said lawmakers should consider the broadest possible range of impacts, including farmers and children waiting at bus stops in the early morning darkness.

“There may be some additional ideas. We know that members will reflect their districts,” Aguilar said.

Rep. Pramila Jayapal (D-Wash.) said she has been getting an earful about the plan from both sides of the debate since the Senate abruptly passed it with virtually no notice.

“It’s gonna be dark until like nine o’clock in the morning [in Seattle],” Jayapal noted.

Many Americans say they want to stop changing clocks, but any solution brings its own set of issues.

Most people like keeping an extra hour of daylight in the afternoon to avoid the gloomy early evenings in the fall and winter. But others counter that parents and early risers, especially those in the western parts of time zones, would be subjected to very late sunrises in winter.

In other words, there’s only so much daylight to go around.

The House would have to approve the bill and then send it to President Biden for his signature. The White House has not signaled whether it supports the shift.