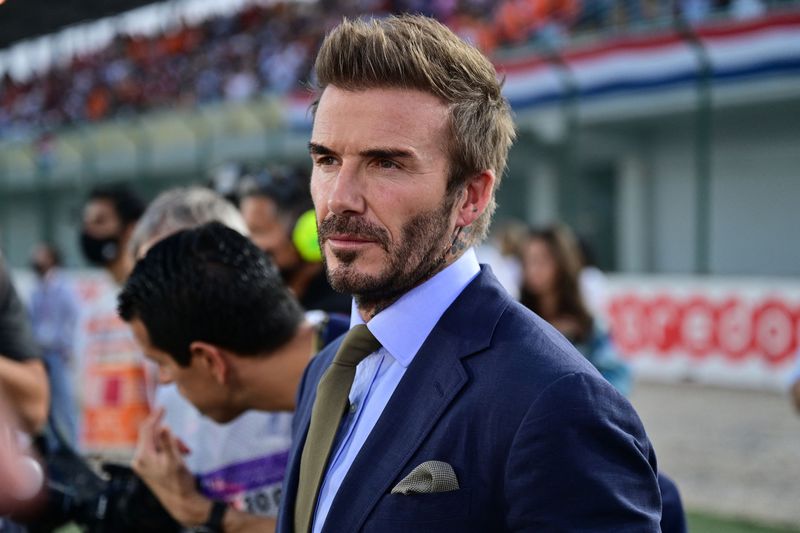 Soccer legend David Beckham has handed over his Instagram account to a Ukrainian doctor in order to showcase the “amazing work” being done by doctors and nurses in the country during the ongoing Russian invasion.

On Sunday, Dr. Iryna, head of a perinatal center in Kharkiv, posted about the conditions to Beckham’s nearly 72 million followers. She did not reveal her last name for safety reasons, but she posted videos and photos in Beckham’s daily Story.

In one of the clips, the doctor admits she and her colleagues are risking their lives, “we love our work.”

She said on the first day of the invasion, the pregnant women and new mothers at the hospital needed to be evacuated to the basement, but that meant some newborns needed to be left behind.

“Unfortunately, we can’t take babies who are in intensive care to the basement because they rely on life-saving equipment,” she wrote.

“The first days were the most difficult. We had to learn how to work with bombings and strikes. My workday is 24/7 now, I’m here all day,” Iryna said in another clip.

She added that the situation had forced her to take on additional responsibilities at the hospital.

“Now, I’m not only the head of the center, but I continue to work as a pediatric anesthesiologist. I unload cargo, I work on logistics and offer emotional support,” she said.

The switchover was put together by UNICEF, the UN children’s agency for which Beckham has served as a goodwill ambassador since 2005.

Beckham later called on his followers to donate to UNICEF.

“Thanks to your donations, the oxygen generators they have received are helping newborns survive in appalling conditions,” Beckham said. “Please continue to support these incredible people and charities like UNICEF in any way that you can. Together we can really make a difference.”