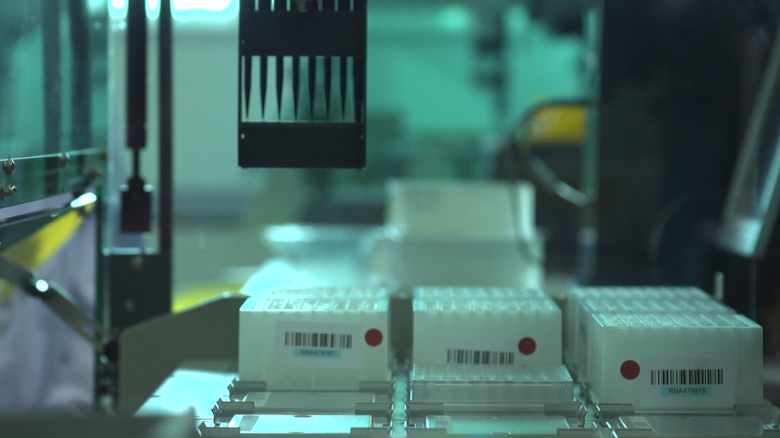 The more transmissible U.K. variant of coronavirus is circulating widely in the U.S., doubling every nine to 10 days, a new study has found.

It was already predicted to be the predominant version of SARS-CoV-2, the virus that causes COVID-19, in this country by March, the U.S. Centers for Disease Control and Prevention (CDC) said.

For this reason alone the advance of the strain, dubbed B.1.1.1.7, has the health care community racing against the clock to vaccinate people as quickly as possible, since the current vaccines in circulation appear to be effective against it.

“We should vaccinate as fast as we can,” study co-author James Lu, who is also president and co-founder of Helix, a genomics company that provided much of the data used in the research, told The Washington Post.

Right now the numbers of cases stemming from the new variant are relatively small, BBC News noted. But the rate of increase matches the trajectory in other countries, and the new strain is doubling every 9.8 days, the study authors wrote. It is 35% to 45% more transmissible than other strains of the virus currently circulating here, the study authors said.

“Our study shows that the US is on a similar trajectory as other countries where B.1.1.7 rapidly became the dominant SARS-CoV-2 variant, requiring immediate and decisive action to minimize Covid-19 morbidity and mortality,” wrote the researchers in their study, which was posted on the preprint server MedRxiv and has not yet been peer-reviewed.

While the numbers look small now, that is the deceptive quality of exponential growth, as one epidemiologist who was not part of the study, told The Washington Post.

“What concerns me is the exponential growth in the early stages doesn’t look very fast,” Andrew Noymer, an epidemiologist at the University of California at Irvine, told The Washington Post. “It kind of putzes along — and then goes boom.”

Adding even more urgency is that the number of people infected – and infectious – with coronavirus overall may be vastly underestimated, perhaps by tenfold, according to a new survey of data by Columbia University researchers.

A team there built a mathematical model that predicts how many cases there really are by estimating things like how many people never get counted because they’re not tested, NPR reported Sunday. The model concluded that the number of active cases may be 10 times what is recorded in the official record, the researchers told NPR, revealing their unpublished results pre-peer review.

“The numbers amplify greatly,” lead researcher Jeffrey Shaman, an infectious disease specialist at Columbia, told NPR. “When we look at confirmed cases, we’re really only seeing the tip of the iceberg.”