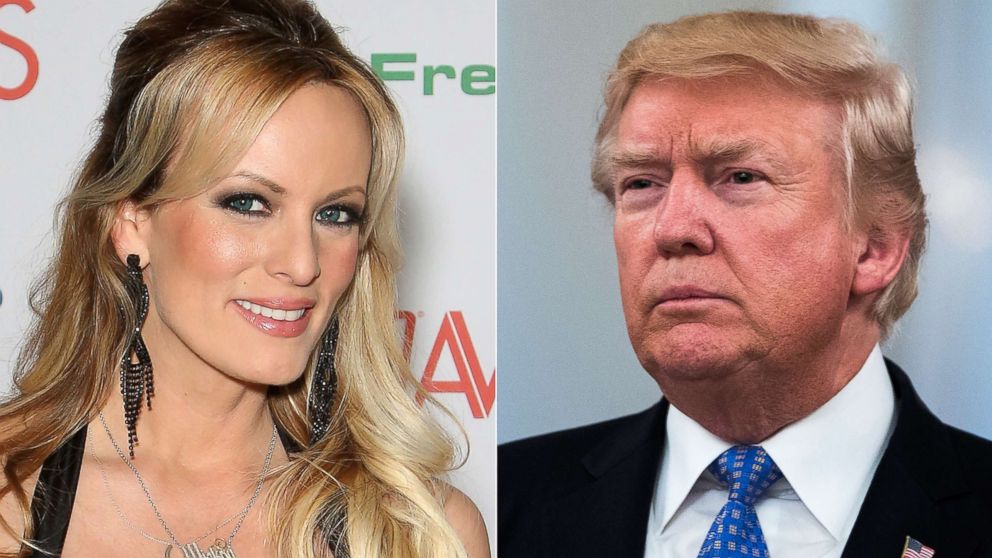 Daniels, who was infamously paid $130,000 by Cohen before the 2016 election to keep quiet about her alleged tryst with Trump, says in the interview that she suppressed the unsettling detail for years, but that it came back to her after she recently watched “Bombshell,” the 2019 movie about sexual harassment at Fox News. Excerpts of the Daniels interview — which will air on Cohen’s “Mea Culpa” podcast at midnight Monday — were obtained by the Daily News.

“I remember like coming out and thinking, ‘Oh f— how did I get myself in this situation?’” Daniels tells Cohen, recalling how she exited Trump’s bathroom to find him undressed on his bed before the alleged 2006 ­romp at a hotel in Lake Tahoe, Calif. “And I remember even thinking, ‘I can definitely fight his fat ass. I can definitely outrun him.’”

“I was like trying to remember really quickly, ‘Where did I leave my purse, I got to get out of here,’” she continues. “And I went to sidestep, and he stood up off the bed and was like, ‘This is your chance,’ and I was like ‘What?’ And he was like, ‘You need to show me how bad you want it, or do you just want to go back to the trailer park?’”

Daniels, whose real name is Stephanie Clifford, says she had sex with Trump after that.

“It didn’t last very long,” she says, “but he did keep saying the creepiest thing to me … I remember laying there and staring at the lamp, and just like laying there like this, like totally in shock I think, and he just kept saying, ‘Oh we’re so good together, we’re perfect together, we’re so good together, aren’t we honey bunch?’ Good thing I hadn’t actually had dinner because I probably would’ve vomited.”

A spokeswoman for the former president did not return a request for comment on Monday.