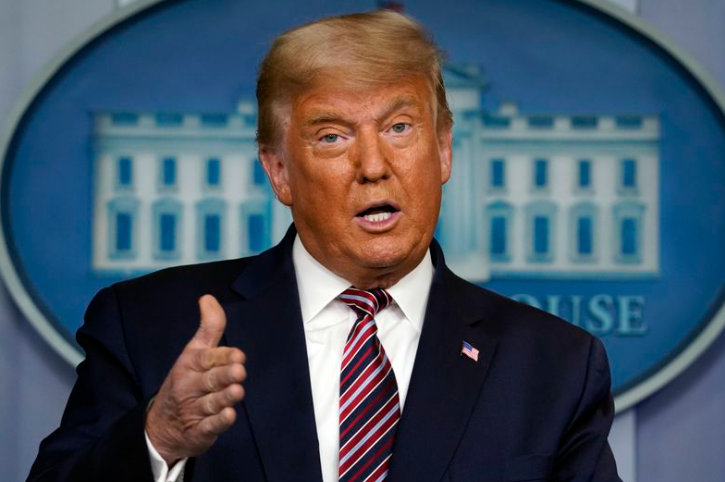 Highly-regarded lawyers Carey Dunne and Mark Pomerantz bailed after their new boss, Manhattan DA Alvin Bragg, indicated he had doubts about proceeding with the case against Trump, according to The New York Times.

A witness in the case against Trump confirmed to investigators that the probe had ground to a halt in recent weeks, with prosecutors last reaching out a month ago.

But a source pushed back at the suggestion that the Trump investigation was not a priority for Bragg.

“He [Bragg] is just following the facts,” said the source, noting the departures did not signal the case will disappear. “There’s a whole team of lawyers.”

The investigation was launched by Bragg’s predecessor Cy Vance Jr., with the current DA’s spokeswoman confirming the sudden departures of the two attorneys from the prior regime.

“We are grateful for their service,” said Danielle Filson of the departed prosecutors. “The investigation is ongoing. We can’t comment further.”

Neither the departing prosecutors nor Bragg’s office offered any explanation for the stunning turn of events as a Manhattan grand jury hears evidence in the case against Trump. The probe faces a ticking clock, with the panel’s time due to expire in April.

Bragg took over from Vance this past New Year’s Day.

Dunne argued before the U.S. Supreme Court in a successful fight for Trump’s tax records. And Pomerantz, a one-time prosecutor with a 1990s resume of mob prosecutions that included Gambino crime family boss John “Junior” Gotti, joined the DA’s office last year at Vance’s behest as an assistant district attorney for the Trump investigation.

There was no immediate response from one-time New Yorker Trump, although he’s derided the allegations in the past as a “witch hunt.”

Ex-top Trump advisor Michael Cohen, who testified in the DA’s investigation against his estranged boss, was stunned by the development.

Cohen, who spent upwards of 300 hours answering questions from the prosecutors, was rattled by word of their exits.

“I am deeply disturbed by this report,” he said. “I know the information in the New York DA’s possession — and not to indict is a dereliction of duty to all New Yorkers and the country.”

Bragg just last month offered kudos to Dunne and Pomerantz for making a smooth transition to a new DA in their high-profile investigation.

“I do think the one continuity is the staffing and (Vance) brought on incredible lawyers to do it,” Bragg said. “And they’ve been dedicated and we’ve been working and keeping them in place and thinking about the kind of resources to continue the investigation.”

Meanwhile, in a filing late Tuesday, The Trump Organization and its longtime chief financial officer Allen Weisselberg called in court papers for the dismissal of charges brought against them in 2021 stemming from the DA’s probe, alleging Cohen’s cooperation was motivated by vengeance rather than justice.

Daniels and McDougal say they had extramarital affairs with Trump, which Trump denied. Cohen spent about 13 1/2 months in prison and another 18 months in home confinement.

Weisselberg became a defendant himself when Vance’s investigation led to indictments on tax-related charges last summer against him and The Trump Organization. Both entered pleas of not guilty against the allegations.

The new court papers portray Weisselberg as “collateral damage” in the DA’s probe, alleging he was singled out for prosecution “based on his long-time business association” with Trump and his refusal to become a cooperating witness against his boss.

Cohen described the Trump Organization’s motion to dismiss the charges as “a hail Mary” pass and said Weisselberg and the company were trying to delegitimize him to save themselves.

“How many more crimes are going to be committed by Trump and his inner circle seeking to exonerate themselves by pointing a finger at me?”

New York state Attorney General Letitia James is still conducting her own probe into Trump and last week received a judge’s approval to grill Trump and two of his adult children. While she cannot criminally pursue the Trumps, she can bring a civil case against the former chief executive.