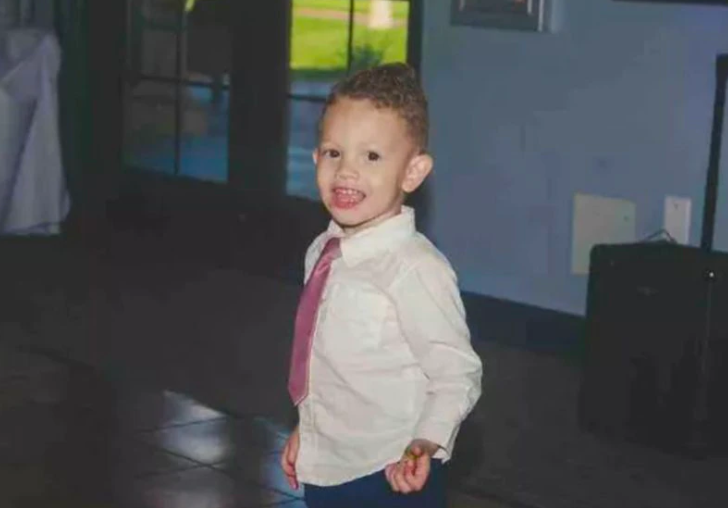 A Las Vegas girl gave her elementary school teacher a note from her mother, claiming she was being held hostage and that her son was dead. Now, the mom’s boyfriend is in jail.

Police found the remains of a 4-year-old boy in a garage freezer inside the family’s home, hours after the teacher alerted officials about the note, the Reno Gazette Journal reported late Tuesday night.

“She stated that she didn’t know where her younger child was,” Las Vegas homicide Lt. Ray Spencer said of the note, “and that she believed he was deceased.”

By 10 a.m. Tuesday, police had surveillance on the home, and spotted the woman and her boyfriend, 35-year-old Brandon Toseland, leaving the house. Officials stopped Toseland down the block and arrested him.

“She said she was not allowed to leave the house alone or go into the garage,” Spencer told the Gazette Journal of the woman, who has not been publicly identified.

The woman told police she hadn’t seen her son since Dec. 11.

A GoFundMe started by relatives identified the boy as 4-year-old Mason Dominguez, who was described as “happy, sweet, intelligent, very outgoing.”

“He’s super loved by his aunts, uncles & cousins. His dad loved him so much, he made him super happy that he looked & acted just like him,” the fundraiser reads. “We had always hoped we would be able to see him again , at least once… just to give him a hug ? A kiss & tell him we love him … To know Mason was loved.”

Toseland, who is not the father of either child, has been charged with two counts of first-degree kidnapping, according to online jail records, but the Gazette Journal said a murder charge is expected to be added.

A spokesperson for the Las Vegas Metropolitan Police Department did not immediately return a request for comment from the Daily News Wednesday.

Mason’s cause of death is awaiting a report from the Clark County coroner’s office. It’s unclear how long he had been dead when police found his body.

The daughter is staying with relatives for now.

The mother is not believed to be involved, Spencer said, but the investigation is ongoing.