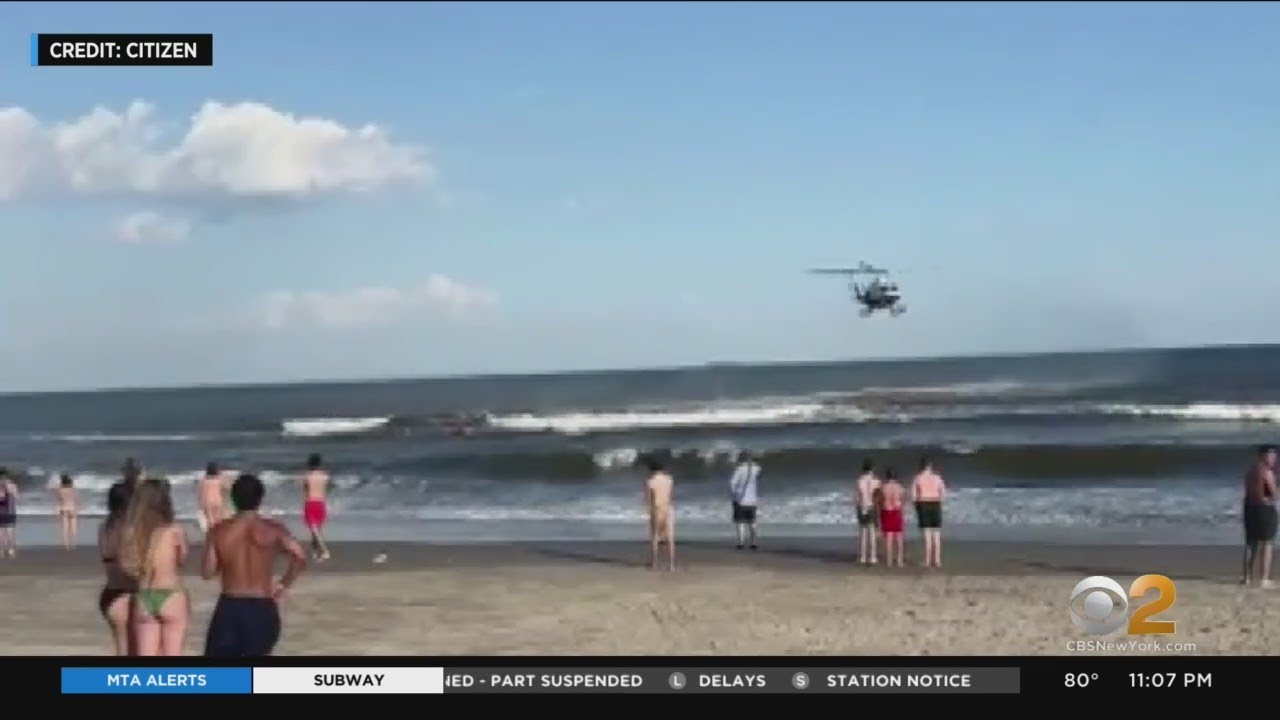 Two people drowned in two separate incidents just blocks from each other in Queens on Friday evening.

The rough surf and rip currents made swimming even in areas with lifeguards more dangerous.

A 16-year-old girl was pulled from the water on Beach 108th Street in Far Rockaway just after 6 p.m. She was taken to an area hospital where she was pronounced dead.

At the same time, a man between the ages of 18 and 20 was removed from the water on an unguarded stretch of Beach 98th Street.

He was taken to an area hospital where he was pronounced dead.

“You could tell he was struggling, because, like there were bubbles. You could see he was just not above the water,” said eyewitness Alyiah Sanchez.

A helicopter looked for him, finally locating the struggling swimmer and rescue crews brought him back to the shore.

“He was not breathing, he was laid out on a surfboard/ There were multiple people out dragging him,” Sanchez added.

FDNY medics worked to try to revive him.

“There were just so much people on the beach, on their knees — they had their hands up to god,” said Miguel Ortiz.

Ortiz says he prayed too.

“Asked for God to give the family strength to get through this, because we all know the outcome of a situation like this. It was just a sad moment,” he added.

Neither victim has been identified.

“We are heartbroken by these unfortunate deaths. This is a painful reminder that New Yorkers should never enter the water in closed sections of our shoreline, where lifeguards are not present. We implore New Yorkers to only swim in open sections and when lifeguards are on duty.”