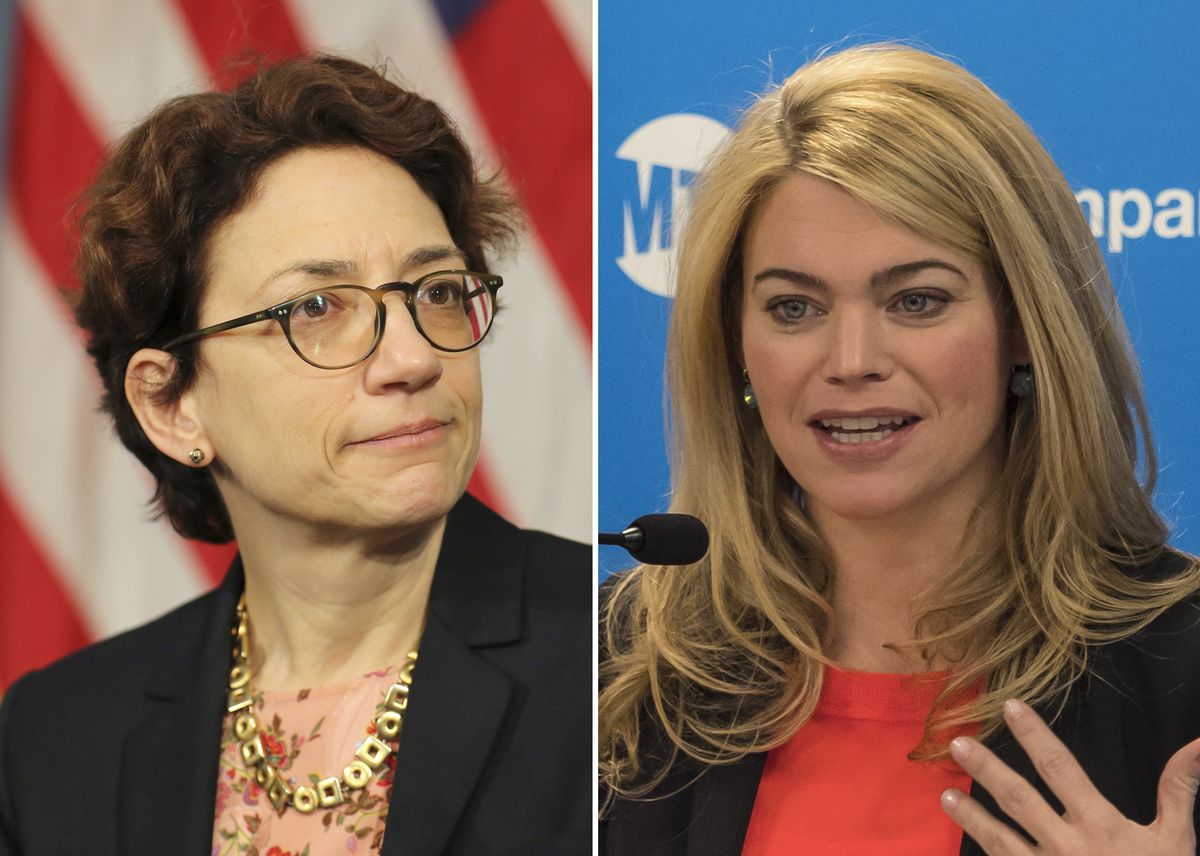 President-elect Joe Biden has his eye on two New Yorkers for the federal government’s top transportation job, according to sources with knowledge of the decision.

Both officials held high-ranking roles at the U.S. Department of Transportation during President Barack Obama’s administration — and both have long histories with Biden.

Feinberg served as administrator of the Federal Railway Administration, which regulates the country’s regional railroads, from 2015 to 2017. She also served as chief of staff to former Transportation Secretary Anthony Foxx, and before that as an adviser to Rahm Emanuel when he was Obama’s chief of staff.

Trottenberg also held several big DOT jobs under Obama, the last of which was the department’s undersecretary overseeing policy. She left the federal government in 2014 to become Mayor de Blasio’s transportation commissioner, a job she held until Friday when her resignation went into effect.

She was named in November to a volunteer position on the Biden transition team with the task of advising the incoming administration on transportation appointments — and multiple sources who are not under consideration for transportation secretary but are aware of the deliberations said she was among the front-runners.

Both Feinberg and Trottenberg could be a boon for New York’s transportation, and their position in Biden’s cabinet could bolster a push for pandemic relief by local officials. The Metropolitan Transportation Authority has requested $12 billion in federal relief to stabilize its finances.

A nominee could also come “out of left field,” said one source who cited Obama’s move to nominate Ray LaHood to the top DOT job in 2009, which was a surprise to some in the transportation sector.

If Feinberg were the choice, she’d return to the federal government after spending a longer stretch as interim NYC Transit president than she initially intended. When she took the job in February, she said her main goal would be to find a permanent replacement to fill a void left by former NYC Transit President Andy Byford, who resigned in February due to a feud with Gov. Cuomo.

She already made plans to return to the federal government this year when President Trump nominated her to the Amtrak Board of Directors — but the Senate never moved forward with confirmations for several seats on the board. She also earned more than $100,000 consulting for Amtrak in 2018, her financial disclosure forms show.

Feinberg declined to comment on her consideration for transportation secretary — but in a July interview with the Daily News pointed out that she’s close with Biden, saying, “Joe taught me how to swing a golf club.”

As women, sources said, Feinberg or Trottenberg would be sensible picks for an incoming administration that’s put an emphasis on forming a cabinet that reflects the nation’s racial and gender diversity.

Still, some of the transportation sector’s most reputable labor leaders have pushed behind the scenes for Porcari to lead the DOT.

“Porcari has knowledge of every single element of the transportation sector, all of the various sectors within the transportation industry,” said John Sameulsen, president of the Transport Workers Union. “He has the deepest body of knowledge among anyone in the pool. He wouldn’t be where he’s at with the unions if he didn’t have that.”

Some current and former big-name mayors have also been floated for the DOT job, like Mayor Eric Garcetti of Los Angeles and former presidential candidate and South Bend, Ind., Mayor Pete Buttigieg. Emanuel, who served two terms as mayor of Chicago, has also lobbied for the position, sources said.

But assessments from multiple leaders in the public transportation sector said a mayor was unlikely to fill the DOT job — and Samuelsen said labor unions would take issue if Emanuel were picked.

“Rahm’s horrible from a trade union perspective. He’s a union buster,” said Samuelsen. “I believe he would seek to privatize public systems, and he would side with the airlines in every labor fight.”