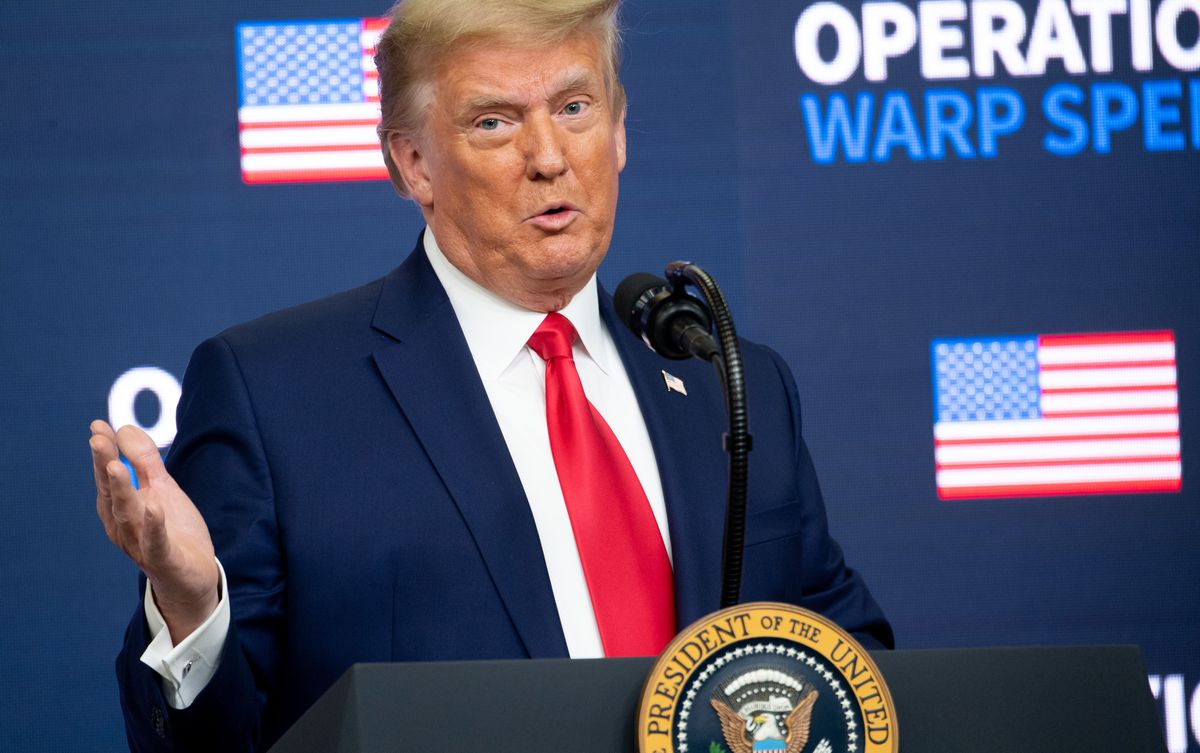 But President Trump said he still won’t give up trying to overturn November election results that handed a resounding victory to Democrat Joe Biden.

“No, it’s not over,” the Republican raved in an interview that aired Sunday on “Fox News.” “We keep going and we’re going to continue to go forward.”

He said his campaign has “numerous local cases” in the works and repeated baseless claims that he won Georgia, Michigan and Pennsylvania.

The U.S. has prided itself on a tradition of peaceful transfers of power since at least 1801, when second President John Adams ceded the White House to Thomas Jefferson.

A less-well-known part of the episode is that Adams skipped Jefferson’s inauguration, though the reason remains a matter of debate.

Trump indicated he may unwittingly follow in those footsteps, even if he tramples on the rest of the tradition.

Asked whether he would attend Biden’s inauguration, set for Jan. 20, he snapped: “I don’t want to talk about that.”

He then delved back into his alternate reality.

“I worry about the country having an illegitimate president — that’s what I worry about,” Trump ranted. “We won it big.”