Biden ‘will be removed one way or another,’ Alex Jones tells pro-Trump rally 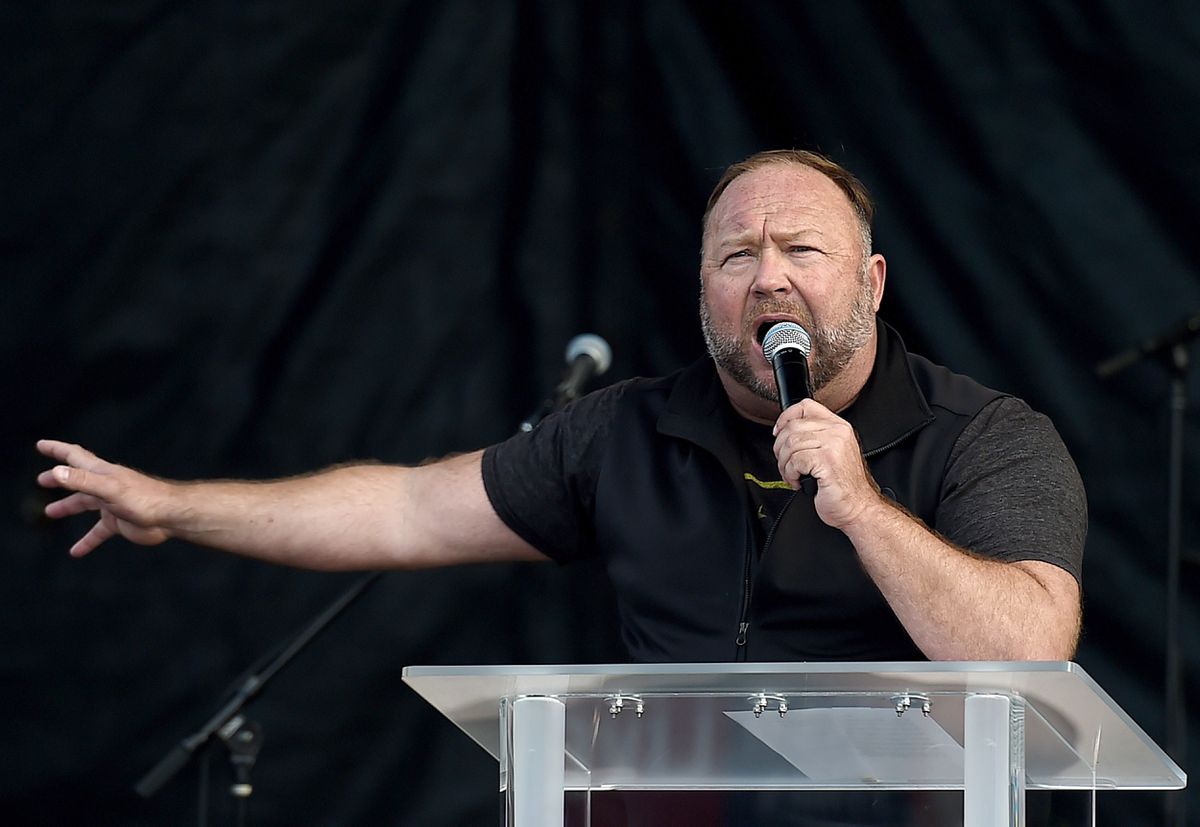 Conservative gadfly Alex Jones appeared to threaten president-elect Joe Biden Saturday when he told a pro-Trump rally in Washington, D.C., that the former vice president “will be removed one way or another.”

Jones, a conspiracy theorist and radio host who is being sued by the families of the victims of the Sandy Hook shooting in a number of defamation suits, also referred to Biden as a globalist, an anti-Semitic dogwhistle popular with conservatives during his address to the pro-Trump crowd.

“We will never back down to the Satanic pedophile, globalist New World Order and their walking-dead reanimated corpse Joe Biden, and we will never recognize him,” Jones said, referencing the QAnon conspiracy theory, one of the many popular alt-right ideas the FBI has labeled as a domestic terrorism threat.

On social media, many responded to clips of Jones’ remarks with pleas for the FBI and Secret Service to investigate potential threats to Biden.

“World government is here, and the system is publicly stealing this election from the biggest landslide and the biggest political realignment since 1776,” Jones also said, despite zero evidence of fraud being found.

All 50 states have certified their election results. The Electoral College is set to vote for Biden on Monday following the Trump campaign losing more than four dozen legal challenges.