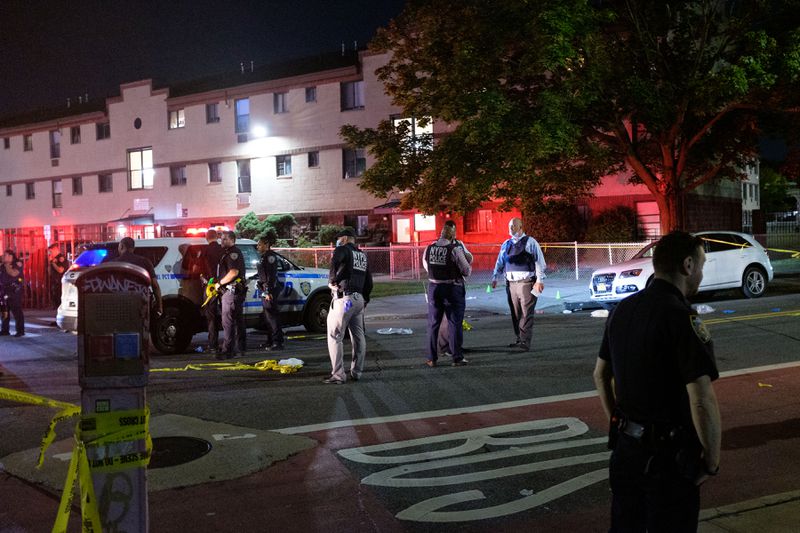 Two men were killed in what investigators believe was a gang-related shooting outside a Brooklyn apartment building Monday night, police sources said.

The victims, ages 24 and 26, were both shot in the chest on Herkimer St. by Utica Ave. in Bedford-Stuyvesant just after 9:30 p.m.

Medics took the men to Interfaith Hospital, but they couldn’t be saved. Police have not yet released their names.

Cops found a firearm on the scene; it wasn’t clear whose weapon it was.

Witnesses heard at least six shots, and saw the bleeding men collapsed near a white sedan.

“They were standing there by the car, talking. Someone walked up on them and there were six shots,” said one witness, a woman who knew the victims as “Jarret” and “Red.” They both live in another building in the apartment complex where they were killed, she said.

“Jarett was lying in the street and Red was on the sidewalk,” she said. “Jarret was a good kid, and that’s why it’s such a shock.”

There were no immediate arrests in the case.